This morning we have taken the step of shifting the Rihanna Single Threat Level to Critical status.

An explanation of the Rihanna Single Threat Level system

As you well know, nosiness experts MI5 have in place a system of threat levels based on potential problems vis-a-vis the whole national security thing.

It's split into five stages. We've basically copied those off the MI5 website and changed 'an attack' to 'a Rihanna single'.

When we moved into Q4 almost two months ago, the Rihanna Single Threat Level (RSTL) moved from Substantial to Severe. As the days and weeks have ticked by, that threat has intensified.

As you can see, by moving the Rihanna Single threat level to Critical, we are acknow­ledging that a new Rihanna single could appear at any minute — and for this reason we suggest all readers remain on high alert. Actually is 'high alert' a different clas­si­fic­a­tion system to the threat level one? And where do RED ALERT and DEFCON 1 fit in? You get the idea, anyway.

There are loads more bits and bobs floating around but you don't need this spelling out. Unless something goes horribly wrong or something annoying has happened, Rihanna could release a single at any moment.

There are three ways this single could make an appearance.

Pre-announced.
She'll use social media to announce that the song will premiere later that day, or in the coming days. Everyone will get very excited. There will be a hashtag. Fake versions will appear. Someone will start claiming they heard it when it was supposed to be on someone else's album. The producer will tweet a lyric. Blah blah fucking blah.

Semi-Beyoncéd.
The single suddenly appears on iTunes and VEVO.

Accidental appear­ance.
So far there have been no snippets or leaks from any of the sessions attached to this project — it's been com­pletely water­tight in that respect. But as the song starts on its way to digital retailers, broad­casters and services such as Shazam, it may leak in part or in full.

How can I prepare for a Rihanna Single?

How's your phone's battery?
When a Rihanna Single Threat Level is at a Critical stage, it's unwise to leave the house or office with less than 89% charge on your phone.

Does your phone have enough data?
We're near the end of the month — if your next billing cycle begins on December 1 there's a chance you might be running low on data. Check this before you leave the house. If you're out of data, simply don't leave the house.

If you do need to leave the house, do so before 1pm.
Any official news of a Rihanna Single will come from her US label and will be timed to achieve maximum impact. The earliest time we reckon an announce­ment would be made is 1pm UK time, based on an 8am announce­ment from New York, but LA would still be in bed at that point so we'd say the UK 'danger zone' is 4pm-7pm if they're going for a morning announce­ment. In all like­li­hood the new Rihanna single will appear just as you're sitting down to eat a nice dinner you've spent ages cooking.

Get your browsers ready.
If you're using Google Chrome, we recommend the Easy Auto Refresh plugin thing. Find the 'Videos' part of Rihanna's YouTube account and set the extension to refresh every ten seconds. If something suddenly appears, you'll know almost instantly.

Read up
Have another look at our notes on preparing for a Pop Monster, see if any of the Pop Emergency rules still apply, and wonder out loud how many times Popjustice can post what is essen­tially the same article.

Make sure your iTunes account is up to date.
In the event of a Rihanna Single suddenly appearing on iTunes you are not going to be wanting to be fucking around with the last three digits on the back of your credit card.

What do I do in the event of a Rihanna single?

We are currently on a state of high alert but please do attempt to behave normally. Go about your everyday life until something happens.

But when a Rihanna single does appear, give it a listen. It will probably be quite good.

In anti­cip­a­tion of a Rihanna single, we've react­iv­ated the Pop Monster Instant Response Form. Please do let us know what you think of the track when it appears.

What if a Rihanna single doesn't appear?

Do the same as us: print out this picture…

…then cut out the straws and clutch at them all day every day until new music does turn up. 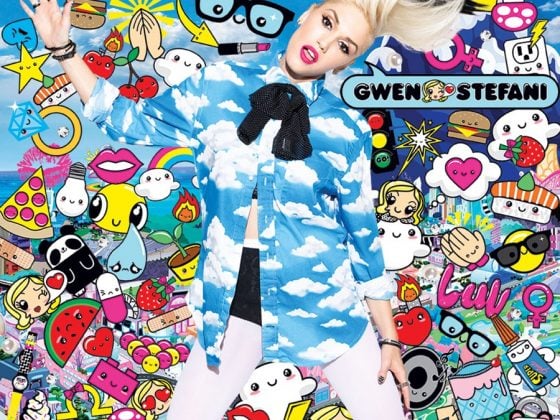 Gwen Stefani's 'Spark The Fire' is now all over the internet 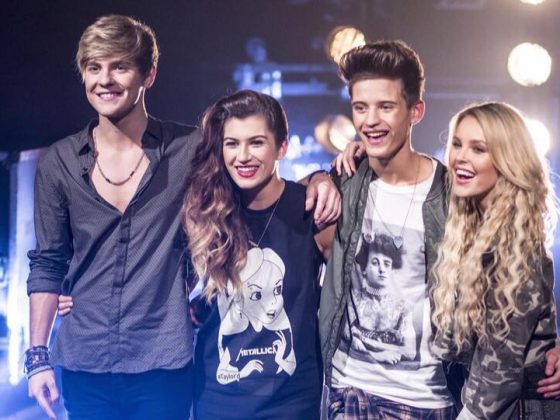 Some words of advice for Only The Young