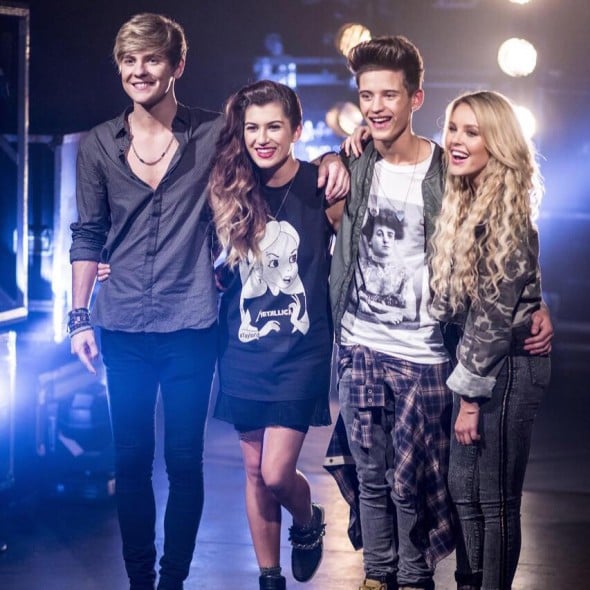 Hello Only The Young.

There's a picture of you at the top of this letter in case you've forgotten what you look like.

We were sad to see you go out of The X Factor on Saturday night. It’s unusual for your sort of act to do very well when it comes to the live finals so you did a good job to get to this stage, but it’s also a shame you ended up getting the boot as a result of a weird format quirk without getting to sing. If you’d been singing against ‘Stevi’ in a normal Sunday night boot-off debacle, you’d probably still be in the show.

But let’s not dwell on what’s happened. Instead, let’s look ahead to what comes next.

You will almost certainly find yourselves bound by X Factor con­trac­tual nonsense, meaning you can’t release anything for a while. You probably want to just get on with everything. But actually, it’s fine. There’s no rush. People won’t forget about you. Well, they might. They might not think about you on a daily basis. But it won’t take much to remind them when the time’s right. And sometimes it’s good to let the dust settle.

Don’t do anything rash, don’t do anything shit. The best popstars achieve what they achieve by saying no to nearly everything. By all means, turn on a few Christmas lights if you want to. That is allowed. But don’t say yes to much else. Don't become known as the sort of band who'll turn up to anything. Ask yourself what Jake Quickenden would do. Then do the opposite.

Think of yourselves as a Wall’s Viennetta. Imagine that you are amazing, which shouldn’t be hard because you are, indeed, amazing. And imagine that you are in the freezer. You will still be amazing when you’re taken out of the freezer in six or eight months. You’ll probably last a year, if you want to stay in the freezer that long. The point is that everyone will go bloody berserk when you come out of that freezer. They’ll want you so much that they won’t even want to let you defrost for a while like it suggests on the box. But what if you’re taken out of the freezer and shown around to loads of people, carted around the country to rubbish local radio roadshows and dodgy product launches before your big first single’s ready? You will melt and became rubbish. You can try and get back in the freezer but you’ll just be a frozen brown puddle. Who’s going to want to eat a shit Viennetta a year from now? Nobody. The Viennetta will be in the bin.

This is a picture of a Wall’s Viennetta. 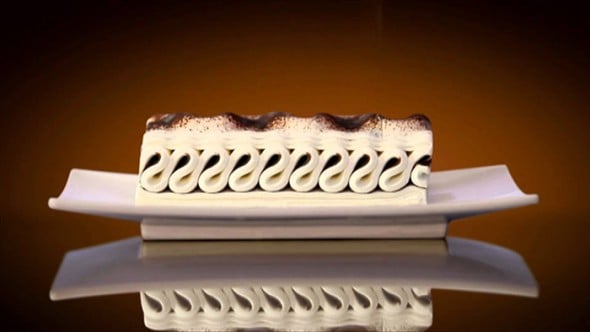 Screengrab this picture or save it to your ‘camera rolls’. Remember the Viennetta.

Obviously, you need to get a record deal. (The Viennetta principle is important here, too. Decent labels don’t like melted and refrozen Viennettas.) Syco will get first refusal, and maybe you know already whether they're going to be inter­ested. They’d do a good job on you if they wanted you, but if they don’t then that’s not the end of the world. If your contract says you have to stick with Sony, RCA are probably a good bet.

You are brilliant, but because of the sort of act you are, it would be easy for you to seem crap. During the X Factor live shows it seemed like a few poor decisions were made regarding song choices and staging. They were choices that unfairly pigeon­holed you as a really naff band before you’d even had a chance to prove that you weren’t.

Obviously, you’re not very cool. Not in an ‘oh let’s go and eat some street food in Deptford while pre­tend­ing to like PC Music more than we actually do’ sort of way. That’s fine — you might not hear this from anyone in the media, or anyone working at record labels, but the secret is that most teenagers aren’t that cool either. (Here’s another really big secret that most people at labels won’t tell you — most teenagers DON’T EVEN LIVE IN LONDON!) But not being cool doesn’t mean you’re uncool. It just means you exist. People who exist is a good demographic.

For a lot of people you talk to in the coming weeks, the ghost of Steps will loom in an annoying if not terribly menacing manner. Ignore that, and ignore the people who talk about Steps. Loads of your fans will be really young, but you don’t have to make music for children. Kids love loads of music for older people. They love Calvin Harris and they love Rihanna and they love Rita and they love ‘Anaconda’. You can’t make an exper­i­mental jazz album, obviously, and roping in members of The xx to make your album might be a bit of a strange decision, but the point is that you can make music that sounds really soph­ist­ic­ated and modern and smart and it doesn’t all need to be happy-clappy nonsense. Call TMS, call Xenomania, call Biff.

Steps were mentioned just then, but S Club 7 could also seem like a good reference point. Their forth­com­ing tour probably seems like a safe bet. Maybe you’ll consider buying yourselves a support slot on that tour. Be careful about this. Don’t find yourselves blinded by the fact that you’re a mixed group. Their target audience is all wrong for you. So while it’s important that you don’t go too young, it’s also important that you don’t go too old. S Club 7 are probably only a useful reference point in terms of what you think S Club 7 would look and sound like if they launched in 2015. The answer is that they’d look and sound quite different to S Club 7.

It’s probably most useful to think of yourself as a Little Mix that happens to have a couple of chaps knocking around. Whack out a single that sounds like 'DNA' and you'll be fine.

Don’t change your haircuts. The haircuts are great.

Have fun and don’t forget the Viennetta. 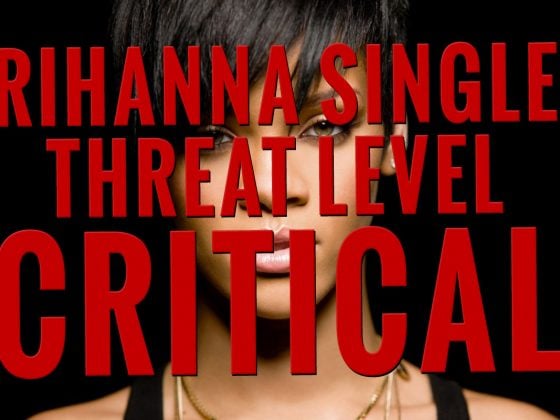 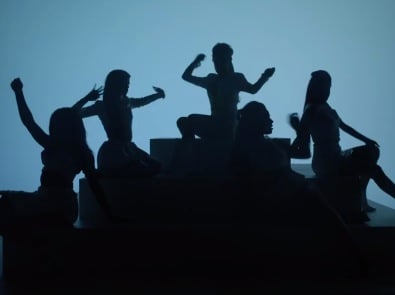