“In the clip — remin­is­cent of those horrific kid­nap­ping videos from films starring Mel Gibson and real life — it appears that Buddy ‘Guitar’ Tetrault, has been taken up a dewy valley (behave) and forced to perform the Costa Rican national anthem against his will. Ever the nuanced enter­tainer, Buddy draws us into his private hillside per­form­ance, hyp­not­ic­ally rocking back and forth, teasing us with the expect­a­tion of some lyrics, or at least the sound of a dis­gruntled farmer’s gun. As the clip wears on, it becomes clear that once likeable Buddy is party to something much more sinister than a ransom video, or even a Mel Gibson movie. What we have here is an instru­mental acoustic guitar solo and there’s no hon­our­able pop pat­ri­ot­ism to be gleaned from that. You’re no buddy of mine, Buddy."

Leona Lewis — 'God Save The Queen'

“Having audi­tioned for The X Factor (and done quite well) in 2006, celebrity veget­arian Leona Lewis knows a thing or two about taking a single verse and chorus and making a big impres­sion. Here, Leona Lewis feat. The Band Of The Welsh Guards delivers an abridged version of the 1744 hit 'God Save The Queen'.  Much like England’s actual non-pop based World Cup campaign, the whole thing is over as quickly as it began. In fact, there’s not a whole lot to go on here so let’s look at the detail in a slo-mo recap. As com­ment­ator John Motson points out, Islington-born Leona is a keen and devoted 'Arsenal fan’, though instead of her trademark red and white Gunners jersey, she’s opted for a more neutral black and white cape garb. Neutral in attire, con­ser­vat­ive in per­form­ance, Lewis foregoes the vocal dribbles and oral athletics of her peers Carey, Coyle and J, for an alto­gether more 4–4‑2 rendition. The watching panel of suited gents including Prince William (here in the Paula Abdul role that is arguably his true birth­right) look on slightly under­whelmed. A classic take on 'God Save The Queen’ this may be, but it’s no ‘Forgive Me’."

Next up: Greece vs Ivory Coast and Japan vs Colombia 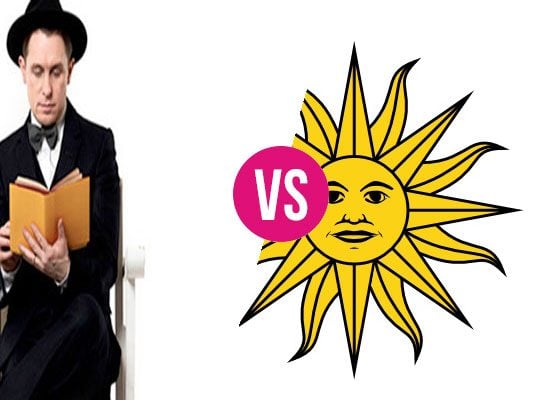