GOOOOAAAAALLLLL! You thought it was all over because the foot­ballers had a day off yesterday, didn't you? Well, guess what, this shit carries on until July 13. But we can get through this together, don't you worry.

Before Sia's "managay" (manager) David Russell gets on with cri­tiquing the latest videos, it's probably best to explain the 'theme' for this next round. Having done biggest home-grown singles, TV talent show winners and national anthems, we thought we'd finally burrow down into the real core of what makes up a country. So basically, each 'referee' will have to watch a video featuring the theme tune to a soap opera (or 'tel­en­ov­ela' depending on location) from each country and then write some words on it all. Simple. Also having 'enjoyed' four matches per day in the last round, this one is a slightly more man­age­able two — one at 5pm and one at 9pm.

Over to you, David.

“The second the beat kicked in I imme­di­ately got a Bee Gees' 'Staying Alive' vibe and the vaguely latino/Barry White stylings of the vocalist certainly don't hurt. This is a song made for walking, right? Not a stomp-down-the-street like 'Crazy In Love', but more like an effer­ves­cent 'Got To Be Certain' kind of glide. This is the kind of record I imagine Chris Lowe from Pet Shop Boys secretly loving, and in my mind I'm creating a scenario where he and Neil (Tennant) decide to write a single for the new Cheryl Cole album and base the track off that great horn line at the end of this theme tune. It'd be better than the current Cheryl single, wouldn't it? This is a song to be played on a day that feels like shit because it's relent­lessly up beat. I mean, I have no idea what the lyrics mean in English though, so if it's a song about dead children I apologise, and I'm confused.”

“High NRG! NRG up, as they say. This is hard to imagine as the theme of a soap opera; it feels like the kind of song you hear in a terrible gay bar in the middle of nowhere, but since nobody you know is around you're happy to to be handed a tam­bour­ine from a stranger, have 'just one more' gin and tonic and basically throw yourself in to wild abandon on the dance­floor. This is sort of where you'd imagine Enrique Iglesias could have ended up had he not been so handsome. Actually, if Ricky Martin recorded this I might be in to it. It's anthemic and Ricky needs a proper dance record doesn't he? It's tra­di­tional Miami-dance-ified latino pop; not quite freestyle, not quite club ready, but certainly the kind of song you'd ask be turned way down if you were on the beach trying to listen to early Belinda Carlisle because you're, you know, 38."

Next up: Colombia vs Uruguay 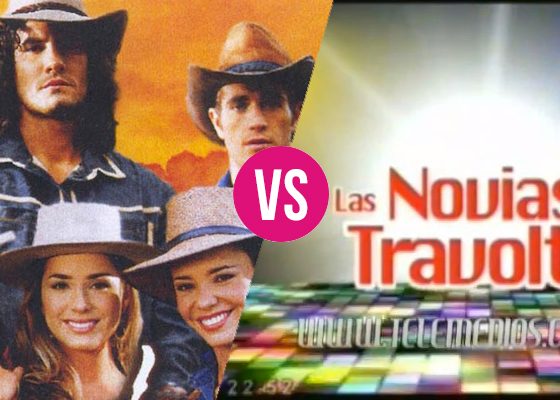