“There’s an old saying: a national anthem is for life, not just for football tour­na­ments. As far as old sayings go it’s neither memorable nor mean­ing­ful. It isn’t even old; I just made it up, but it’s 5pm on a Wednesday and we’ve all had a drink, so let’s crack on. Sadly, whichever way you look at it, Bosnia and Herzegovina’s national anthem, ‘Državna himna Bosne i Hercegovine’, isn’t exactly an evergreen classic. Chanted with con­sid­er­able ‘brio’ by the lively crowd at a Sarajevo handball tour­na­ment, the song is unre­mit­tingly dreary. Call me a ruthless prag­mat­ist, but they really should have put a donk on it. ‘Of note’, however, is that the per­form­ance and the song all feature the following pop icon­o­graphy: 1) a cappella choral intro ( ‘A Red Letter Day’) 2) bleachers (‘…Baby One More Time’) and 3) flags (the replace­ment ‘American Life’ video). Of further note is the regret­table fact that the above three key sig­ni­fi­ers of pop amaz­ing­ness are, to a man, entirely mis­lead­ing. Where’s the Beckett reference sat ‘atop’ a Motiv8 bassline? Where’s Britney? And where the bloody hell is Madonna rapping about her soy latte? I'll allow a reluctant point, given that this footage was filmed at Skenderija, my favourite of all the Sarajevo arenas, but I won’t lie to you, ‘Državna himna Bosne i Hercegovine’ is a disappointment.”

David Debono — 'National Anthem of the Islamic Republic of Iran'

“Representing Iran is your friend and mine, David Debono. The keen-eyed among you will doubtless remember Debono from his victory in last night's duel, ‘tinkling the ivories’ for the Ivory Coast. Well, readers, he's back, Back, BACK! Today, David tackles the Iranian national anthem, the ima­gin­at­ively titled 'National Anthem of the Islamic Republic of Iran'. Rendered faith­fully if not a little showily, it's a corker: stately, melodic and concise. What else can we 'glean' from the footage? Well all of Debono's rich per­form­ance history is here. A thought­fully cho­reo­graphed camera angle, achieving the optimum piano keys/pianist ratio, com­pre­hens­ively dis­play­ing both man and music? Tick! Classic Debono. An unam­bigu­ously tangible air of blithe unconcern, paired with the mirth of frequent and barely contained selfLOLs, engen­der­ing the sense of an artist both inhab­it­ing the nonsense of World Cup ‘fever’ yet remaining res­ol­utely above it? Check! A pair of utterly incon­gru­ous board shorts, further under­min­ing the solemnity of pro­ceed­ings? GOOAAAALLLLLL! Imperial Debono."

Next up: Ecuador vs France and Honduras vs Switzerland 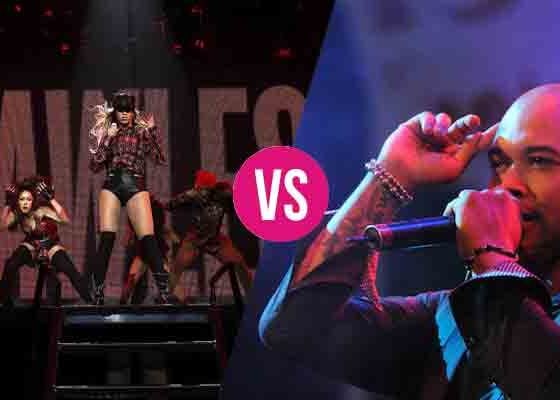 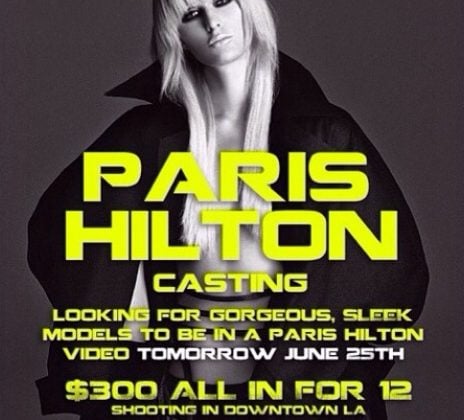 Paris Hilton's looking for extras for the video for her new single, 'High Off My Love'