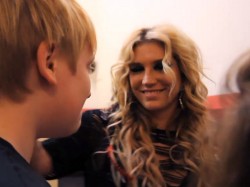 Days. LITERALLY DAYS have elapsed since I watched the final episode of Ke$ha’s rock­u­ment­ary TV series Ke$ha: My Crazy Beautiful Life. And although I did find Ke$ha’s life to be both crazy and beautiful it was really you, Gilo, who struck me as the star of the piece.

When we first met you backstage at Ke$ha’s gig in Manchester, with your floppy straw­berry blonde hair and your awkward, apo­lo­getic posture I thought: here’s a guy I’m gonna forget in 5 minutes time. BOY WAS I WRONG.

When you presented Ke$ha with a handmade scrapbook detailing your teen struggle against bullies, you cried, Ke$ha cried, Ke$ha’s Mum cried, the cameras stopped rolling (because, pre­sum­ably, Ke$ha’s brother slash cameraman cried). WE ALL CRIED, GILO.

“Her music sets me free” you said, staring down the camera lens, right into all of our souls. There was a par­tic­u­larly moving shot of you in the crowd at that very show: singing along to 'Animal' with every fibre of your being, grabbing the air, tears bursting from your eyes. I’ve never felt so inspired. THIS IS LIFE, I thought, perched on the very edge of my couch.

Countless Gilo-less episodes followed. TWO YEARS GO BY, detailing Ke$ha’s various on-tour antics. Will she find inspir­a­tion for her next album? Will she ever love anyone the way she loved that guy Harold? Will she drink her own pee? But the real questions seemed destined to go unanswered: Where’s Gilo? How’s Gilo doing now? What would Gilo make of this all?

Imagine my joy when Ke$ha returned to the UK in the final episode. I KNOW WHO LIVES IN THE UK, I thought, abuzz with enthu­si­asm. And sure enough, there you were behind a fence outside a London venue with all Ke$ha’s other caged animals. 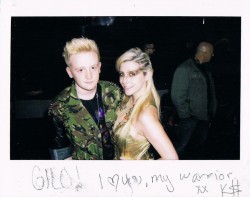 “Oh my God! Gilo!” yelled Ke$ha. OH MY GOD! GILO! INDEED, KE$HA. I’m surprised she recog­nised you. You looked like a new man with your slick spiked hairstyle and embel­lished camo jacket. (Like a warrior. I like it.)

“Did you travel here yourself?” asked Ke$ha in the next scene, where the two of you hung out backstage together. Yeah. Of course you did. Travelling from Manchester to London alone is no big deal for Gilo 2.0.

“Aw, thanks,” you said casually when Ke$ha handed you an advance copy of her album. This guy’s pretty cool now, I suspected. 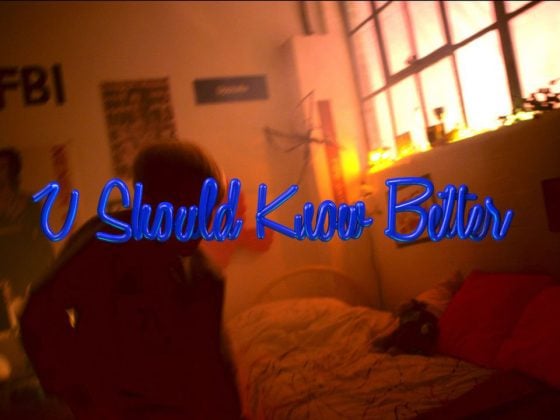 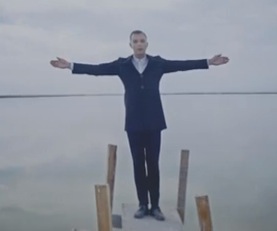 Hurts — 'Somebody To Die For'