A month or so before Christmas, we started noticing how much One Direction mer­chand­ise it was possible to buy. We started taking pictures of mer­chand­ise when we saw it. Some sort of blog post at some point in the future must have been the vague sub­con­scious plan, but there wasn't really a point to these photos. There certainly wasn't a "let's take a pho­to­graph of every One Direction trinket it's possible to buy" agenda. We didn't actively seek out One Direction merchandise. All we did was take a snap every time we saw a One Direction item while we were looking for something else. There was quite a lot of it. In one sense, it isn't really sur­pris­ing that there's lots of One Direction mer­chand­ise for sale: they're the planet's biggest boyband. But it was still inter­est­ing to discover just how hard it was not to see One Direction when you were out shopping. 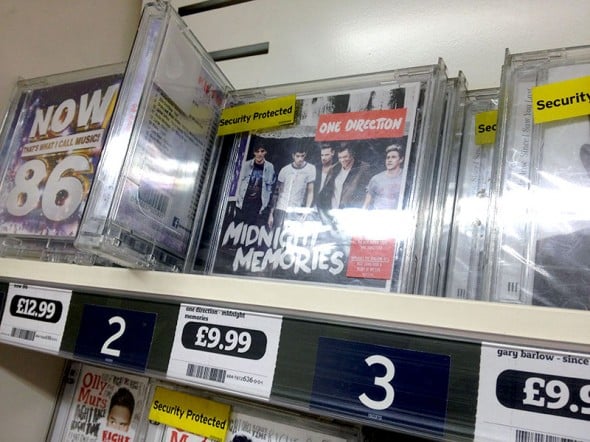 You might not guess it from the years-old images used on some products but the vast majority of the mer­chand­ise was official, although there were a few unof­fi­cial publications.

And it was nice to see some familiar old names back on sale. Some unof­fi­cial paper goods, it has to be said, were better than others. (There were official pub­lic­a­tions as well, though.) We were surprised by the number of things in which other things could be carried. A lunchbox, for instance, makes sense. As does a sort of over-the-shoulder pouch thing. Or even two over-the-shoulder pouch things. After a while we wondered if it wasn't the pro­lif­er­a­tion of One Direction mer­chand­ise that was inter­est­ing, as much as how little vis­ib­il­ity there was for other acts. There were one or two excep­tions. Those points when other X Factor artists were permitted a look-in. 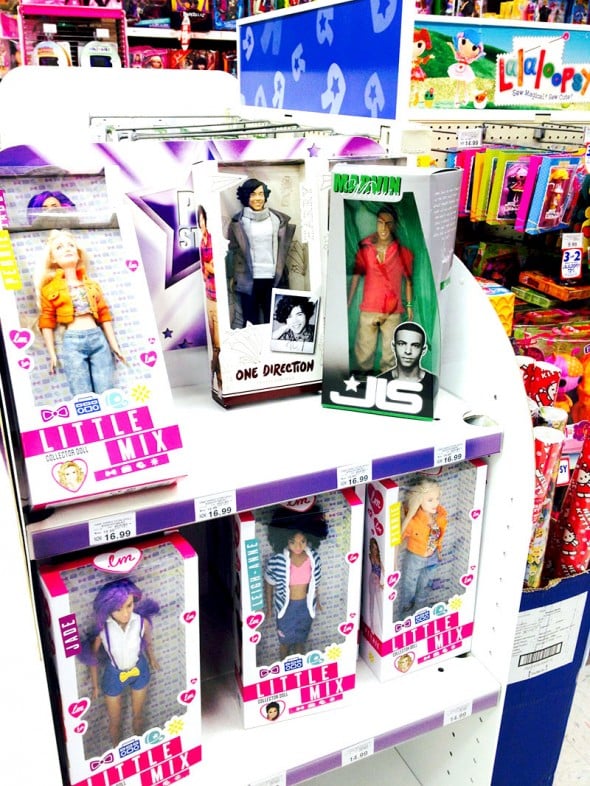 But really, it was One Direction all the way. How great it must be for One Direction to com­pletely dominate this field. But at the same time, what does it say about the state of pop that no other acts are deemed worthy of a similar spot on the shelves of Britain's super­mar­kets, toy stores and newsagents? Or will some new, unex­pec­ted, and  unex­pec­tedly amazing pop group arrive in the next twelve months? Now that would be a cause for celebration. 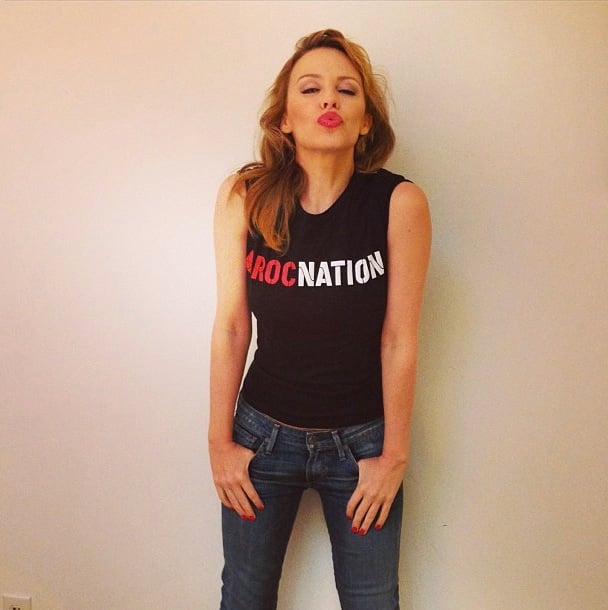 Kylie's 'Into The Blue' will be out on March 16, with the album out "later this year"