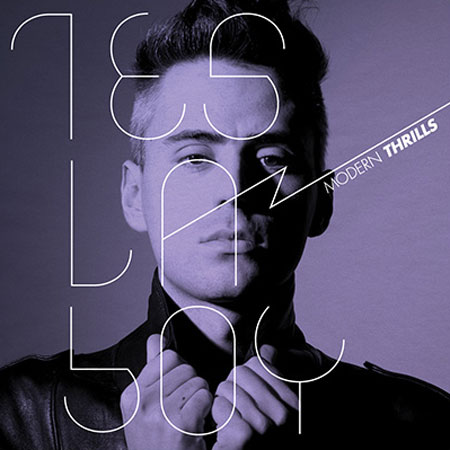 It's over a year since we made Tesla Boy's 'Electric Lady' Song Of The Day but the band have not been sitting around watching whatever the Russian verison of Jeremy Kyle is and have instead been busy recording a full album, which is called 'Modern Thrills'.

They're pre­view­ing the tracks in this album sampler and most of it's pretty good — we've certainly found ourselves drifting back to it rather a lot over the last week or so.

There is more info over at their Facebook page, if you're into that sort of thing.

"It looks like The Human League on Top Of The Pops."