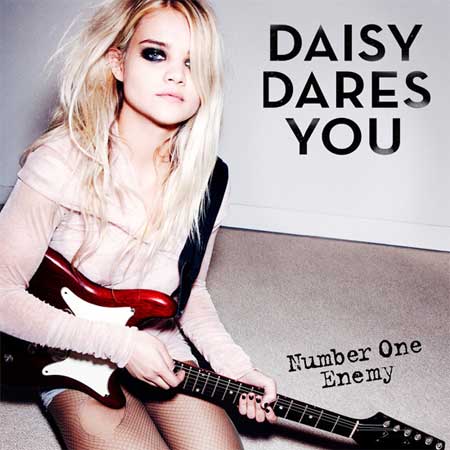 Sometimes when a new artist comes along it is difficult to really get your head around what they're 'about'.

Obviously the most important thing is that you like the songs, and whether or not you tap your toe to a tune shouldn't really have anything to do with whoever's respons­ible for bringing that song into being. But after you've decided you like that first song it  gets to a point where you're wondering whether it's worth investing more time in the artist. Will you be inter­ested in hearing another song from the act, for example? How about checking them out live, or pur­chas­ing a t‑shirt?

With some new artists you'll know at first glance whether they're up your street but with others it can be less easy.

Imagine, for example, you're a really cool teenager like those teenagers in Skins. Your diary reads like an issue of Platform, except it's an issue of Platform that won't even be published for another eight months because you're so cutting edge, and it's not even a diary, it's a BLOG, and it's not even a blog because it's a brand new type of journal known only to you and your small group of friends. Except it's not a group, it's a network, and it's not small, it's so big that Facebook looks small in com­par­ison thanks to all those parties and events you're involved with. So you're quite a happening young person, and you come across 'Number One Enemy' by Daisy Dares You and you think to yourself, "well. This is certainly a catchy tune that I will find myself humming from time to time. But how does Daisy Dares You fit in with my lifestyle? I don't want to get involved with this artist if she is too pop or if she is not credible enough".

We've all been in that sort of situation. It's not easy. Fortunately sometimes record labels can give you a helping hand and RCA have done a great job with Daisy. One quick glance at the sleeve for 'Number One Enemy' and any doubt about whether this is A Real Artist can imme­di­ately go out of the window. There are three key points here.

1. A small detail that you might miss at first glance so let us just point it out: there's a massive red guitar in shot. This subtle, almost sub­lim­inal signifier tells us that there is more to Daisy Dares You than you might think. She doesn't just sing pop songs — she can hold guitars as well. This makes her ideally placed for a job in a music shop if this pop career doesn't take off but of course it will due to her col­lec­tion of incred­ible songs and general 'artistry' so there's nothing to worry about there.

2. There's hole in her stockings (a bit like that Amy Studt song 'Ladder In My Tights'
except not as good) to show that you can dress her up as much as you
like you evil con­form­ist BASTARDS but her per­son­al­ity just can't help but come through because she's
a little bit altern­at­ive and a little bit kooky and yes she might be
signed to a major but she's indie in spirit you know, why not join in
her gang etc etc etczzzz.

3. The most important factor here: an old type­writer font has been used for the song title. This is useful because it lets us know that she is PROPERLY altern­at­ive and 'tra­di­tional', like those bands that people used to write fanzines about during the days of PUNK etc. It should be noted however that Daisy Dares You is not threat­en­ingly punk rock. If she was threat­en­ingly punk rock her sleeve would look like this. 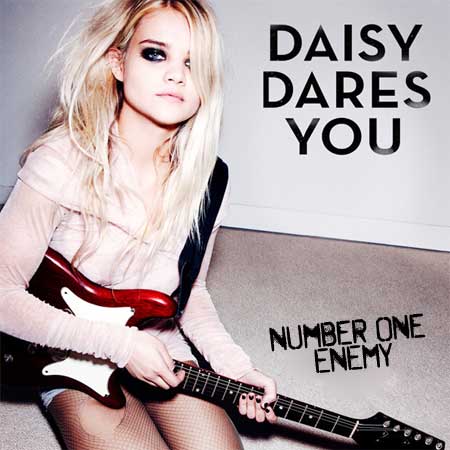 And that, we think you will agree, is just too con­front­a­tional. Nobody needs this sort of font-related aggres­sion on a Monday morning.