Below you'll see part of an ad campaign currently running in Australia, where Jessie's a coach on The Voice. (Thanks to David for sending this over.)

The campaign sees Cadbury invite new The Voice judge/coach, Jessie J, to “share the joy”, bringing her on as a brand ambassador.

As part of the spon­sor­ship, the pop singer will front Cadbury’s above-the-line campaign, becoming the face of TV ads and a ‘Snap Your Selfie’ promotion, asking fans to take a picture of them­selves with their favourite Cadbury bar.

Lizzie Young, Nine Entertainment Company Director of Content & Brand Integration, said: “Cadbury’s message is all about the joy of discovery, something we know only too well, making our part­ner­ship a perfect fit. The series captures some fantastic joyful moments and we’ve been delighted to have Cadbury on board to take that to another level. Stay tuned to The Voice Australia in the coming weeks so you don’t miss out on watching these moments unfold.”

Consumers will also be given the unique and exciting oppor­tun­ity to win a meet-and-greet with the star through Woolworths.

In total Cadbury have eight of these videos on YouTube.

Popjustice readers will already be well aware of Jessie's deal with Tuc biscuits. We talked about that here.

They will also, surely, be aware of Jessie J's McDonald's deal, also from this year, that saw her per­form­ing on an open-top bus as it drove through London.

Last month, Jessie also got involved in a campaign by Kellogg's Pop-Tarts, on a song with Rixton, appar­ently created for Pop-Tarts' Crazy Good Summer promotion.

That's four snack campaigns in 2015 alone. We're only halfway through the year.

Who is making these decisions? Who is con­vin­cing Jessie J that any of this is good for her career?

We all know that Jessie is 'head­strong' but surely she can't be the one storming into board­rooms and shouting "I'm a multi-platinum recording artist who with the right A&R could have a long career ahead of herself! Get my face on multiple snack adverts NOW!" And even she is doing that, it's someone job to tell her it's bad for her career.

Whoever is facil­it­at­ing all this, you can bet their own career operates inde­pend­ently of Jessie J's future success, and you can bet that they have eggs in other baskets. Have they set up an email autoreply that just says "YES" in massive red letters? Have they actually said no to anything in the last twelve months? Or is there more to come? The mind boggles.

Let's catch up with Meghan Trainor and her vocal haemorrhage 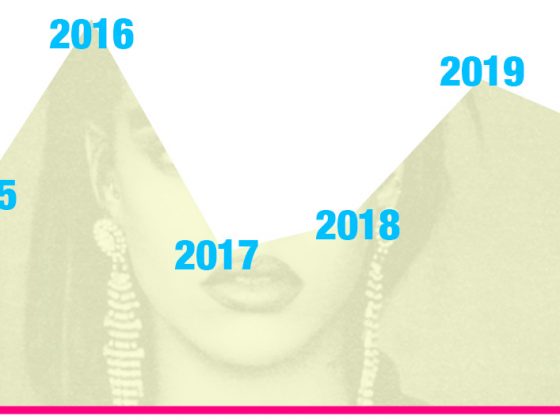 Notes on the next five years of Rihanna's career