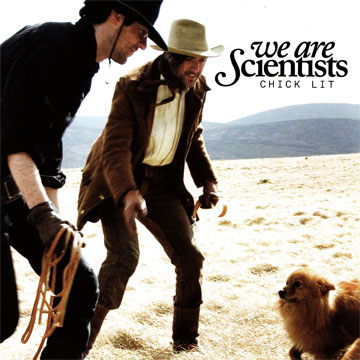 Slightly dis­ap­point­ingly the image is not a self-contained work of pop art — it was taken during the 'Chick Lit' video shoot. The video is, however, quite good.

In terms of a pricing structure we'd say We Are Scientists could reas­on­ably charge other bands around £500 for each phone interview, or £2500 for a full day of press. If a magazine wanted to interview 'the band' in person, We Are Scientists could offer a premium service, starting at £5000 per day, which would involve dressing up as the band in question and con­duct­ing the interview in character.