So here is the thing with the Emeli Sandé album. It is really good. The song­writ­ing is, in lots of parts, of an extremely high standard. Vocally it's stunning. It's got 'Heaven' on it, and that's one of last year's best singles.

So what's the problem? Well, we mentioned it in the Readers' Poll results com­ment­ary, but here it is again. Do you remember 14 months ago when 'Do It Like A Dude' made people think Jessie J was one thing, when in fact she was something a little bit different, but by the time everyone realised what was happening she'd already topped a load of critics' lists and it was too late to ring the Bedingfield alarm? Well at least when the Jessie J music was being sent around 'Price Tag' and 'Who You Are' were among the tracks, so there was some hint of what was to come, even if the true extent was not revealed.

Nothing else on Emeli's album sounds like 'Heaven'. There are lots of pianos and strings and acoustic guitars, and songs called things like 'Mountains', 'Hope', 'River' and, er, 'Suitcase'. There's a song that inter­pol­ates the strings bit from 'One Night Stand' by The Aloof. Her own 'singer song­writer' version of 'Read All About It' (Part 3, appar­ently) is included at the end.

Basically this album is going to sell shitloads, she'll be doing acoustic versions of various tracks from it on 90% of all mobile operator-funded online music sessions strands and backstage festival reports between May and September, she'll do well in America, blah blah blah. And like we say, most of the songs are of a stupidly high standard. But as good as it is, 'Our Version Of Events' is not the album you think it is going to be.

Basically buy the CD, rip the tracks you like, then give the disc to your mum.

Madonna wasn't particularly happy when she lived in the UK 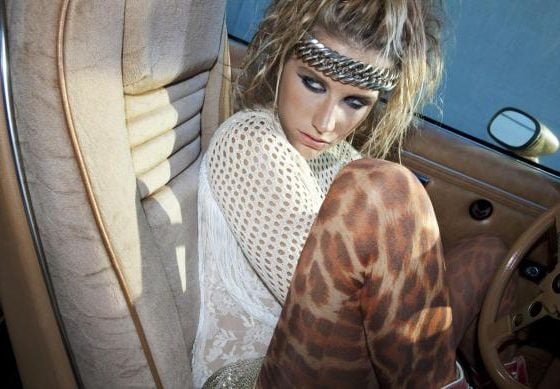 Ke$ha's next album might show off her vulnerable side