The Big Reunion was one of the surprise pop culture high­lights of 2013, shining a light on the often difficult road faced by mid-level pop stars in the years after the spotlight fades.

It succeeded in making Kerry Katona appear sym­path­etic, intro­duced the world to the uniquely brilliant world view of Abs(z) from Five, and put The Honeyz at the centre of two massive UK arena tours.

In the grand tradition of sequels, Big Reunion II – which kicks off on ITV2 tonight – offers more of the same, but with a few twists. So we’ve got the usual col­lec­tion of fondly remembered pop groups of yes­teryear (Eternal, A1), a few slightly less anti­cip­ated comebacks (Girl Thing, really? Were N‑Tyce busy?) and the intro­duc­tion of the first Big Reunion Supergroup – featuring chart-gobbling solo artistes Dane Bowers, Gareth Gates, 'The Best Thing' hitmaker Adam Rickitt, Kenzie from Blazin' Squad and Kavana.

I'm not psychic or anything, but here are seven things likely to happen over the next few weeks or so.

Obviously there will be drama 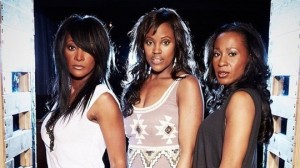 Whether it’s Eternal’s Kelle Bryan con­front­ing the Bennett sisters about the time they used a fax machine to inform her that her services were no longer required, or Emma Bunton being named as the Yoko Ono of the Damage story, expect enough tears, tantrums and recrim­in­a­tions to make the last series of Celebrity Big Brother look like an episode of Call The Midwife.

Everyone will pretend they haven’t seen each other in years

Just as last year there was no mention of the ‘feuding’ B*Witched sisters dressing like a Lady Gaga tribute act and releasing an album together just months before the show, a failed Five reunion in 2012 or the fact that The Honeyz had been touring the University circuit for years, expect minor details like Eternal’s aborted 2006 comeback tour or the fact that A1 have been releasing albums exclus­ively for the Norwegian market for years to be con­veni­ently glossed over.

One of the high­lights of last year’s show was a gripping scene in which J from Five – looking like he’d spent his post-fame years in a remote mountain retreat living off acai berries and witchetty grubs – was reunited with Abs to explain the dark secrets behind his refusal to rejoin the group. This year Correé from Damage, Paul from A1 and – most con­tro­ver­sially — Louise from Eternal are all MIA. It’s bound to kick off.

Someone will be very bitter about never getting to sing lead

Every Destiny’s Child needs a Beyoncé, and as we learned in last year’s show, every B*Witched appar­ently needed an Edele – the focal/vocal point of the group, much to the annoyance of sister Keavy. Similarly, Atomic Kitten’s Natasha revealed that Kerry Katona ‘didn’t really do harmonies’. Will the likes of Kelle Bryan, TJ from 3T and the ones from Girl Thing who aren’t Jodi Albert still be content to stay in the back­ground? Don’t count on it…

Let’s face it, once the feuding former bandmates have been put in a room together, hurled their accus­a­tions, cried a bit and hugged it out, the Big Reunion is in danger of flagging a little bit. Last year they added some addi­tional drama by intro­du­cing the not-tech­nic­ally-separated Blue to the lineup, causing the original groups to mutter darkly about ‘arrogance’ and ‘putting the work in’. Could there be an All Saints, an S Club 7 or even an E‑Male waiting in the wings this year to keep the ratings up?

The super group will be a complete train wreck

There’s a precedent for this Big Reunion super-group idea, and it’s called MTV Totally Boyband. That show featured Dane Bowers teaming up with Lee from Steps, Jimmy from 911, Bradley from S Club 7 and Danny from New Kids On The Block for a col­lect­ive stab at returning to their former glories as Upper Street.

Ultimately, it will be genuinely heart-warming television

Because for all the staged arguments, his­tor­ical revi­sion­ism and drawn-out drama, the real highlight of the Big Reunion is the joy of watching a group of people getting one last chance to relive their dreams. God I’ve missed it.

Missy Elliott took a break from music to refresh her computer 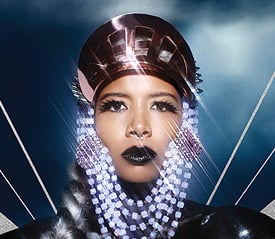