There's a problem with assuming all popstars are idiots: more often than we realise, they're smarter than we are.

You'll probably have seen — how could you have missed — a recent clip of Demi Lovato being inter­viewed by a German radio station. (It's a video interview because that's what radio is in 2015.) During the course of the interview, Demi's asked her favourite dish. Her response: "I like mugs."

When we first saw the clip we thought she was being quite funny, but this wasn't the benefit-of-the-doubt context offered by social media. Demi hadn't made a joke, it was decided: she was stupid.

So over­whelm­ing was this context that we started to doubt Demi. How could we doubt the woman behind 'Cool For The Summer', ie one of the defining hits of the year? We don't know. But it happened. In the end, we went with the flow and decided the mug comment would be filed alongside Justin Bieber not knowing the word 'German' and Jesy Nelson's Jamaican accent. The title of the video above says it all: "the interview she will never live down".

But then we changed our minds again.

Look, was she joking or not?

WELL. The slight nod when she says 'mugs' the first time. The way she offers "because they're very com­fort­able in your hand". The way she adds "coffee… Or hot tea" as a sug­ges­tion for things one might find in a mug. These embel­lish­ments are all things that suggest to us that Demi's joking; allowing herself one brief moment of amusement during a mind­numb­ing day of media.

Popstars do this a lot when they're on the promo circuit. They give stupid answers to keep them­selves amused. You can under­stand it. Watch the full interview above (her new single's called 'Confident' — "what makes you confident?") and imagine doing that twenty times a day.

Yes, it's possible that Demi initially mis­un­der­stood the question, began her answer, then realised her mistake and turned it into a joke.

But it's also possible that instead of being the stupidest answer a popstar has ever given, this is actually among the funniest. And to be fair, Demi is kind of funny, with an unusually dry sense of humour. She was funny we inter­viewed her and asked about Barney The Dinosaur, for instance.

In the world of crisis PR and repu­ta­tion man­age­ment, taking ownership of a fiasco is a key strategy — and the earlier you do it, the greater the chance of min­im­ising further woe.

Regardless of whether she'd been joking or not Demi sub­sequently owned the mug situation, and in doing so drastic­ally reduced the problem. First off she set the record straight. By using humour Demi intro­duced the idea — crazy as it might seem! — that she was capable of LOLs, therefore increas­ing the like­li­hood that she had also been joking in the original interview. Naturally her Instagram post was heavily reported and recir­cu­lated online yesterday, and it's now difficult to think of the original interview without also thinking of Demi's good-humoured response to, and ownership of, the situation.

Basically, you can't watch that interview and think Demi's a fucking idiot. Even if she hadn't been smart to start with, she was smart in her response, and that response now dominates social media's field of vision.

To be fair, Demi's got form on this front. Earlier this year she also took ownership of a widely shared clip in which she fell over while promoting 'Cool For The Summer'.

Obviously, we're arguing that Demi should be given the benefit of the doubt over #muggate being delib­er­ate, while that 'Cool For The Summer' faceplant was clearly an accident. The point is that the way we respond to tricky situ­ations, and the way we move forward, can often be more important than the original debacle.

Let's not forget that several years ago Demi took ownership of something far more sig­ni­fic­ant than falling over or (possibly) mis­un­der­stand­ing a crap question. She talked openly and at length about her time in a treatment facility, giving direct answers to direct questions. By behaving as if she had nothing to hide, she suggested that there was nothing for anyone to unearth. She shut it down by opening it up. The result, in 2015, is that there's nothing more to talk about on that subject: she owned it, she moved on. Interestingly the tabloid media — having been given what they wanted — have 'allowed' her to move on.

Other artists in similar positions have refused to talk about their exper­i­ences. That's their prerog­at­ive, of course, but years down the line it makes the whole pop persona business a lot more com­plic­ated than it needs to be.

"This isn't much fun, I wanted Demi to be stupid"

Strangely people seemed dis­ap­poin­ted that their new favourite viral clip wasn't as funny as they thought it was, or that Demi was funnier than they realised she was.

And how strange it is that an inter­na­tional popstar is somehow more 'useful' if she's humour­less and stupid.

But this is the world of 2015 pop con­sump­tion: a complex, layered jamboree of cel­eb­rated failure, with popstars treated as little more than playthings. A world where throwing the word 'iconic' in front of something bad — usually by a female artist — passes for fandom.

Did we want Demi to be stupid? Does it make us feel somehow better about ourselves if we convince ourselves that artists are total fools? Or is it just that we know we'll get more favs and retweets if we post something negative? Do we see Demi and other singers and artists as being there for our enter­tain­ment regard­less of whether that enter­tain­ment comes from success or failure? Is pop failure as a spectator sport such a strong concept in 2015 that these people are really just here to play the fool while we whoop and clap?

All questions that will need to be answered another time because we've already written about 1,000 words and everyone probably stopped reading eight para­graphs ago. Let's just finish this off by saying that depending on what she offers on the merch stand at her next tour, Demi's one £8.99 ceramic item away from legend status. 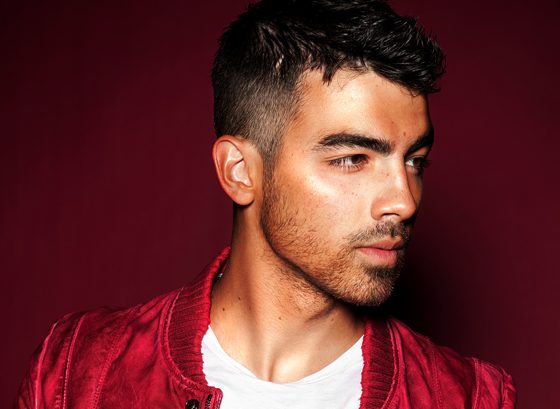