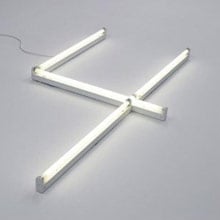 Like many of you, we saw the tracklist for the latest Pet Shop Boys 'Disco' album and thought it was a joke.

Like most albums we suppose it depends on whether you like the songs on it (a con­tro­ver­sial view, but one we think stands up to scrutiny) but, looking at the Popjustice iTunes library, all eight of the songs already have a '*****' rating. Which we suppose makes it a 5/5 album.