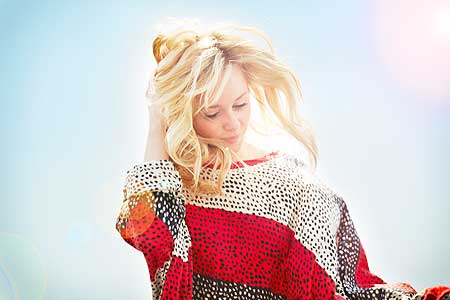 Nothing brings out a flurry of positive new Diana Vickers music news quite like pub­lish­ing an email which mis­takenly claims that the singer is booked to appear inside a giant snowglobe as part of some dodgy X Factor knockoff event at Gatwick Airport.

Turns out The Vicko isn't doing that at all, but:

1. She IS having some pleasant photos taken (one is above — v nice).

2. She IS releasing her music next year with the first single due in April.

3. She IS recording a Cathy Dennis (hurrah) song which is basically instantly brilliant and everyone will go 'blimey that's unex­pec­tedly good' (para­phras­ing from a quick chat with no less impartial a judge than, er, Diana Vickers' publicist). There are still the other good tunes she's already done, eg three with Ellie Goulding, one with Lightspeed Champion and so on. (Here's our 'in the studio' report from a few months ago, in case you missed it.)