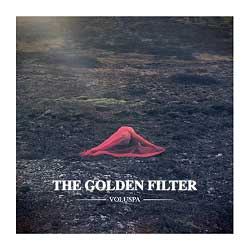 Someone put a thing on the Popjustice forums a week or so ago: "Did The Golden Filter ever release a full album?"

Well the answer is no but not for long because their debut 'long player' is:

B) Pictured to the right of these words.

C) Out on April 26 through Brille Records (home of The Knife and some other people).

What we're expecting is that by the end of 2010 there will be five or
perhaps six really smart modern disco albums on our end of the year Top
33 list — Goldfrapp's will be one, La Roux might be respons­ible for
another, Roisin Murphy could possibly pull off a third if she wants to,
and The Golden Filter should have their name on a fourth. We hope 'Voluspa' isn't crap. Everything we've heard them do so far has been really quite brilliant so everything seems to be pointing to a non-crap outcome for this par­tic­u­lar pop scenario.

This is a link to The Golden Filter's MySpace for evidence of afore­men­tioned bril­liance.

This meanwhile is a link to The Golden Filter's official site, which has a countdown thing on it.

This is the Brille website for future reference although there's not much about The Golden Filter on it yet.

Goldfrapp's 'Rocket': hear a clip now IF YOU WANT TO (and buy it, in Australia)