Last week we posted a story about the artwork for Mariah Carey's new album 'Me. I Am Mariah… The Elusive Chanteuse', par­tic­u­larly the image used on the back of the album.

According to Mariah it was a picture drawn when she was three and a half years old.

When we asked an actual 3.5‑year-old to draw a picture of Mariah it became quite obvious that a similar-aged Carey had probably not drawn the image… 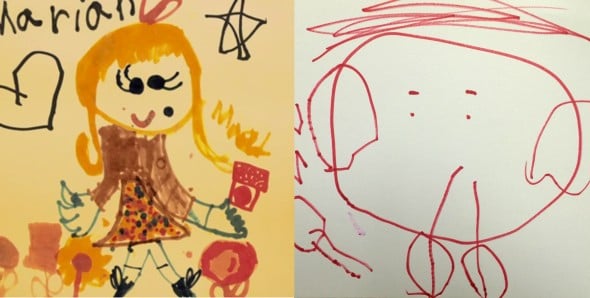 …so if the age factor doesn't add up, is the whole thing complete bollocks? Well, yes and no, but mainly no.

As a journ­al­ist it's always important to admit when you were wrong while also attempt­ing to clutch at straws to prove you were sort of half-right, so our begrudging thanks go out to eagle-eyed Popjustice viewer (and Mariah fan) Scot Hornby, who pointed out on Facebook that Mariah's discussed this picture in a couple of inter­views in the past.

For instance, from a 2008 profile in Allure magazine:

Carey was born to be a singer, but she wanted to be a star. She found her voice at four and, around the same time, drew a revealing self-portrait that now hangs in her apartment — there is a hall of fame where she displays her countless awards and photos of herself with her idols, including Barbra Streisand, Patti LaBelle, and Aretha Franklin.

To judge by the early portrait, Carey always had a sense of self and a penchant for glamour. The drawing depicts a sticklike figure with thick eyelashes and a pro­nounced beauty mark next to a floating pack of cigar­ettes. [AMAZING] It's labeled in a childish scrawl: "Me I am Mariah."

So that inform­a­tion adds another six months to the young artist's age, which still seems a little far-fetched, but there you go.

Another feature in Life & Style magazine is even more helpful, because it actually includes a pho­to­graph of the picture. 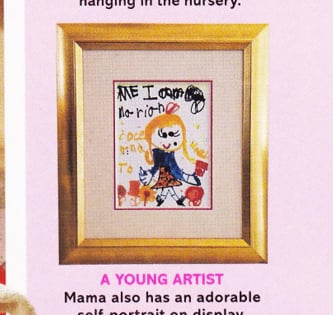 So you can imme­di­ately see that regard­less of how old Mariah was when she drew this picture, it def­in­itely existed at least six years ago. So the record label intern theory goes out of the window.

Let's use some expensive Blade Runner-esque tech­no­logy to zoom in on that picture. 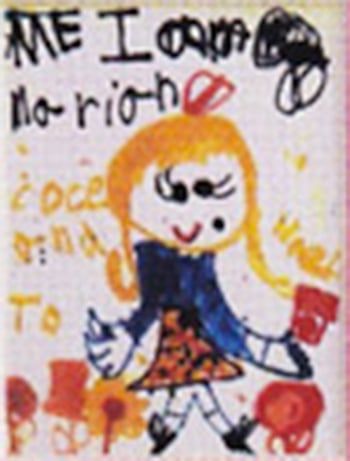 It is, quite obviously, pretty much the same picture Mariah is using on her album artwork, but (this is the bit where we des­per­ately try to prove that we were on to something) there are a few dif­fer­ences that you'll notice if you look at the images side by side. 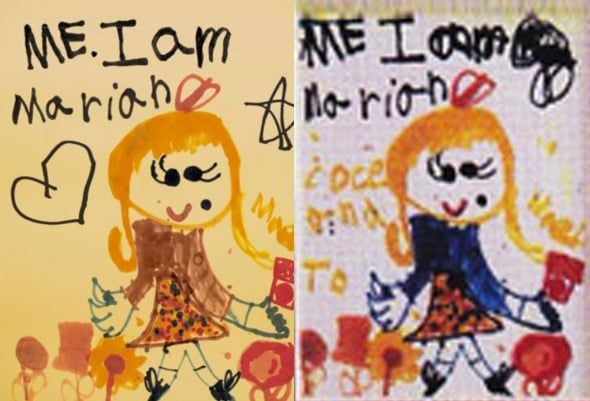 A heart and star have been added, orange text has been removed, a gloomy black storm­cloud has gone, a full stop  has been added after 'ME', 'am' has perhaps wisely been recreated, little Mariah's top has changed from brown to blue, and some letters in 'Mariah' have also been redrawn.

Some of the changes are more obvious when you lay the original drawing over the new one. 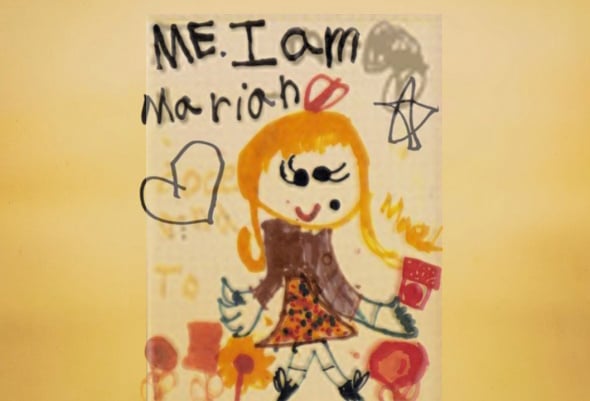 Did Mariah Carey draw this picture herself?
Almost certainly, even if it was dicked around with afterwards.

Was she three and a half years old when she drew it?
Was she fuck. 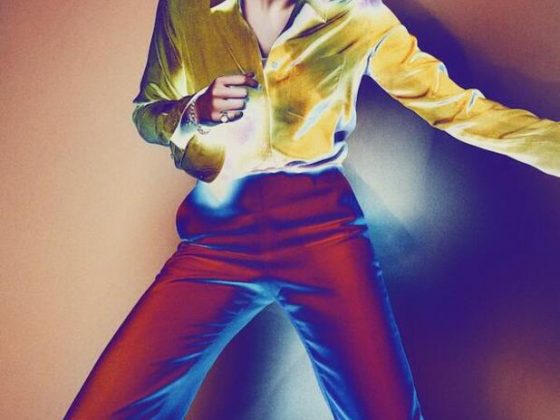 Michael Jackson's 'Blue Gangsta' is now all over the internet