» Will Young thinks winning a TV talent show is like a game of snakes and ladders, which is weird because we'd always assumed it was more of a roller­coaster. (The Sun)

» Florence & The Machine's new album will feature screaming and bits that are more restrained. (NME)

» David Guetta doesn't think he's a star but he does agree that he's changed the sound of radio forever. (Khaleej Times)

» With a somewhat mis­lead­ing title of Michael Jackson The Immortal, Cirque du Soleil's tribute show 'kicks off' in Montreal on the 2nd October. Still, there's no per­form­ance from Craig David, so what's the point? (The Independent)

» Last night, Kelly Clarkson premiered her new single (which had already leaked but not to worry) and tried to chat with fans before the live stream crashed, but RainOnFire from the forum has sum­mar­ised the high­lights including an unfor­tu­nate fly/coffee cup interface. (Popjustice Forum)

» The Dolly Rockers are taking a well-earned break. (Twitter)

» And finally, The Saturdays would like to remind us that a dog is a pet and not a fashion accessory and that this message is easier to com­mu­nic­ate when sponsored by Nintendo. (Sky News) 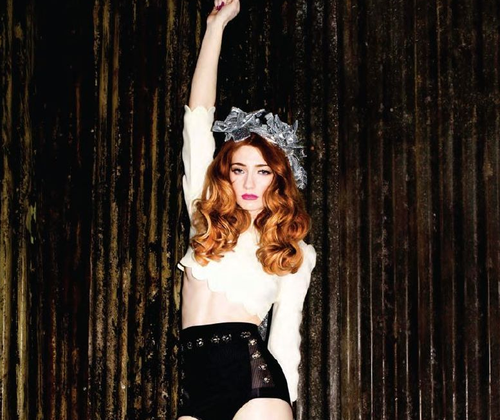 Having Diplo and Metronomy on her album made Nicola Roberts cry

Ronika — 'Only Only' (Fear Of Tigers remix)