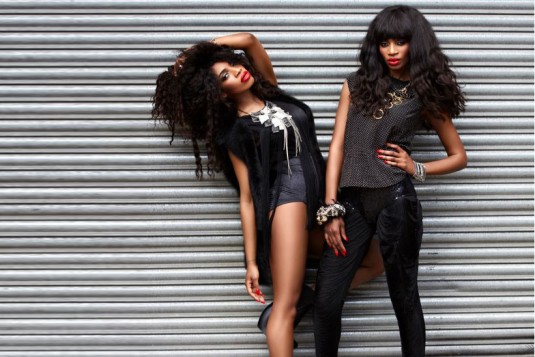 Major are two sisters — Irene and Elsa. "Both sisters are active in the fashion industry," it says here, "and Irene is the director of many fashion companies. They are both now ready and excited to join their passions and take on the music industry."

To this end they have a gift for you, the pop music fan. It is a video for a song called 'Love Me Boy'.

From what we can make out the video, the song, the band and the whole package is best regarded as a sort of fake J‑pop take on Booty Luv meets Daphne & Celeste vs Dolly Rockers. Maybe it's a sort of post-EDM Stooshe-slash-Mini Viva thing? Whatever it is, like some of the best pop it skips down the line between incred­ible and terrible in a way that is quite magical.

There's lots about the video that doesn't really work, mostly down to budget (and we have an instant aversion to any video featuring inflat­able dolls), but it feels like something good might be somewhere at the heart of it all. It's a bit confusing, so much so that when the duo's publicist first sent us this video we replied saying that it was "sort of amazing and sort of awful, probably both in equal measure".

We looked at their Twitter and couldn't figure out if it was bril­liantly enigmatic in a Theo Hurts kind of way, or complete nonsense. The photos on their Facebook page didn't clarify things, either.

In the end we asked Major's PR if the girls had any further music that would make sense of the whole thing. We received an MP3 which — and there's no easy way to say this — was a cover of Boney M's 'Daddy Cool'.

We'd probably need to hear another two original songs to know where this one's headed but whatever happens 'Love Me Boy' is rather fun.

Does anyone want a Sky Ferreira promo CD thing? 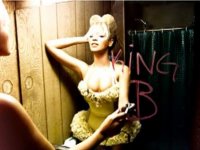