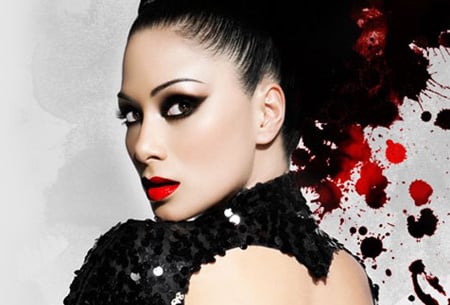 Here is the demo of a song called 'Try With Me', which Nicole Scherzinger is appar­ently recording for a US single / for a UK deluxe edition bonus song / for the unadul­ter­ated joy of singing because she's got the music in her.

As you can hear, it's quite good. It is written by (and is here in demo form featuring) Nervo, of 'if you don't know who they are by now you never will' fame. (NB If you're starting to lose interest around the 1min mark fear not, it ends up 'going off', as per current pop laws.)

We like this. It has a slight whiff of 'bounced around between the A&R inboxes of A‑List global song­stresses of the world until even­tu­ally ending up on a Nicole Scherzinger reissue' about it but there's lots to love. We par­tic­u­larly like the line that sounds like "why does it feel like a cow?".

What this means ladies and gents is that it's time for us to update the most important chart in the pop cosmos:

THE BEST NICOLE SCHERZINGER SOLO SONGS OF ALL TIME
1. Poison
2. Don't Hold Your Breath
3. Killer Love
4. POTENTIALLY this new one which feels like it could get either properly amazing or properly boring after a few more listens so let's just call it a 'TBC'
5. Club Banger Nation
6. Right There feat 50 Cent (YES WE KNOW)
7. Wet
8. Desperate
9. We're basically just listing the songs on her current album now aren't we

A Newsdump for 13 October 2011: From Nicki Minaj delivering a shock to Liam 1D's fear of a croc