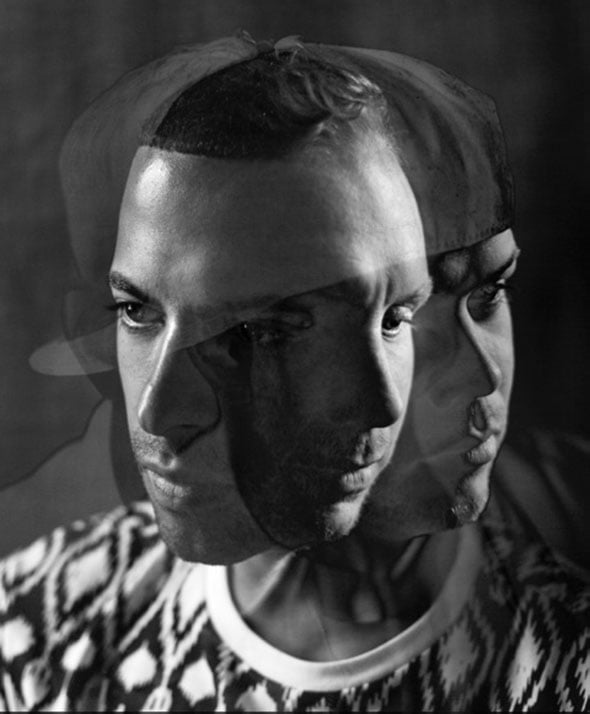 One of the saddest things about JLS splitting up was that we thought, for a moment, that we might never again be able to bang a load of questions into Marvin Humes’ face without the police being called.

Fortunately, because he wasn’t quite busy enough being a DJ on Capital FM and a part-time TV presenter, Marvin decided to start a new band called LuvBug, whose first single ‘Resonance’ is out this week.

The other two chaps in LuvBug are the ones whose faces you can half see in the pho­to­graph above but we made the very difficult decision that it would be Marvin we spoke to for this interview.

Here is the chat we had.

It seems like you’re doing exactly the right thing at the moment, which is not trying to wring too much out of the fact that you used to be in a popular boyband.
You’re right. For me it was always a difficult one, knowing what to do after something that had been so suc­cess­ful. So it was about doing things I was pas­sion­ate about. I’d been DJing for a long time, since before JLS, and I’ve been a fan of house music for a long time. I knew I wanted to stay in the music industry but also I knew I didn’t want to be a singer any more. So to be able to produce and write a dance album featuring other singers is perfect.

Do you not think it’s a scandal that you’re depriving the world of your beautiful vocal tones?
(Laughs)

But seriously who are you to decide? It’s almost a human rights issue, that people should be able to hear your warbling. But no. You’ve decided to fly in the face of that.
Well you’re very kind but there’s enough of a JLS back catalogue to keep you happy. As for new stuff: I’ll let other people do that.

You know how when you’re doing a shit job you convince yourself that it’s alright, just to stay sane, but as soon as you’ve left it you can finally admit to yourself that it was bloody rubbish? Well, looking back on JLS, what per­cent­age of the music you released was actually good?
You know what, I don’t think we ever put anything out that we weren’t happy with at the time. To start with we weren’t exactly sure which direction to take because of course when we first got together we were a vocal harmony R&B band – during The X Factor we knew, and we made a conscious decision, that we would have to be more com­mer­cial. Which worked, given the platform we’d been given. I don’t think I’d change anything we did. I’m proud of what we achieved – I still listen to JLS albums now!

So you sit around at home listening to old JLS albums? That’s kind of romantic in a way but also quite tragic.
Well I wouldn’t sit at home and play them but I’ll go through my iTunes sometimes when I’m on a plane and listen to JLS songs. Among many other songs, obviously. 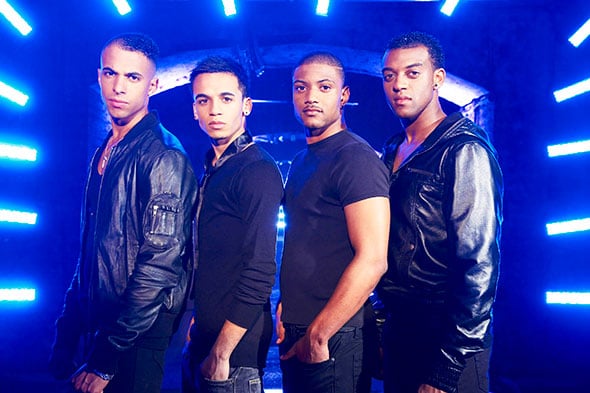 And this LuvBug thing – it started over 18 months ago, right?
Right.

And when did JLS split up?
Er, well, we gave each other a lot of notice, me and the JLS boys. We finished in December 2013 but we’d made the decision a long time before that, and when I knew it was going to end I thought, ‘right, I want to stay in music, what shall I do’. I had a couple of producer friends I’d always wanted to work with, so I spoke to them and got into the studio. It naturally formed.

You know when a friend goes ‘here’s my new boyfriend!’ and says they’ve been going out for eight months, and you say ‘hang on, didn’t you split up with your last boyfriend six months ago?’ and they go ‘er…’?
(Laughs) You’re talking about crossover.

Was there crossover?
Well, yeah! But it wasn’t like I was cheating on JLS!

Wasn’t it though?
We all knew that it was coming to an end so all of us were walking on our own things – Aston on his solo album for instance.

When the LuvBug single was first sent to Popjustice I thought, ‘this is fine but it doesn’t really blow my mind’ so didn’t cover it. Then it turned out that you were involved and I thought, ‘oh, maybe it’s alright’.
That’s nice.

Is it? Obviously pop’s all about context and so on but wouldn’t you prefer the song to be enjoyed on its own merits?
No, it’s very kind of you.

Now, you’ve had a lot of radio support so far for this single.
Yes!

I was looking on the Compare My Radio website to see what sort of support it’s been getting. In the last 30 days it’s had 1,367 plays on various radio stations in the UK.
Wow!

Would you like to guess how many of those 1,367 plays – according to Compare My Radio – are from stations that aren’t owned by the same people as Capital?
(Extended laugh) How many?

ONE.
(Laughs) Really? Which station was that?

Radio One.
Well at least we got one play on Radio One.

Explain this scenario please.
Well it goes without saying, doesn’t it? I’m a DJ on Capital, which is great, and they’re sup­port­ing one of their DJs. So that’s great.

And musically the song is bang on trend isn’t it. Is it the most cynical release of all time or a beautiful moment in the history of artistic endeavour?
OH I LOVE YOU. I mean when I DJ, if you were to come and watch me play tomorrow night at BCM in Mallorca, my DJ set consists of deep com­mer­cial house – your Gorgon Cities, your Route 94s, that sort of thing. And the sound of LuvBug sits naturally within that. It’s not really a cynical decision to follow a trend – it’s just me producing stuff that I like to play when I DJ.

So basically the trends have actually caught up with you! Finally! You were waiting all along for the world of music to catch up with you, and now here it is.
I prefer ‘the stars have aligned’. (Laughs)

That com­mer­cial deep house sound you’ve described is both credible and main­stream at the same time. And in a way Marvin that’s a bit like you. You’ve got your DJing on the radio which is quite cool. Three days later: you’re being Philip Schofield on ITV. You’re a pop­cul­tural chameleon.
Do you know what, Rochelle and I have always wanted to host a TV show together. That’s something we’ve always fancied. And This Morning has been an amazing opening. That show is something I grew up watching. And yes, Rochelle and I host some Fridays from time to time and it’s great exper­i­ence of live TV. Hopefully it’ll one day open the door for us to host something else. We’d love to do that.

Has your good lady wife talked to you about how sad she’ll be when The Saturdays announce their split on the final date of their tour?
(Laughs)

What’s she said about it though?
ENOUGH IS ENOUGH! You know they’re not splitting up. There’s more still to come from them! I’m not bull­shit­ting, there’s more to come!

JLS never did one.
I think we should have, to be fair.

Why don’t you and your LuvBug pals do a deep house Christmas album? You could call it ‘Deep Grotto’.
Did you say ‘Deep Grotto’? Perfect!

Seriously though nobody else is going to be doing this, it’s a classic gap in the market. If you want some Radio One plays this is ideal: it’ll get to December, they’ll be wanting to play their deep house stuff but they’ll also be wanting to play Christmas songs. BAM.
What a great idea. I’ll make a note. (Sound of precisely no notes being made)

What do you actually do in LuvBug?
Well a typical day in the studio will be myself, JK and White N3rd, we’ll get together, we’ll open up a session, we’ll start producing some tracks… I don’t want to get too technical…

I’m following so far.
Then we’ll start bringing in various loops and things. We’ll work with other writers as well – we recently did a writing camp with MNEK and Becky Hill. We’ve also worked with the girl that writes a lot for Jess Glynne, one of the girls from All About She… We’ve worked with a lot of good people. 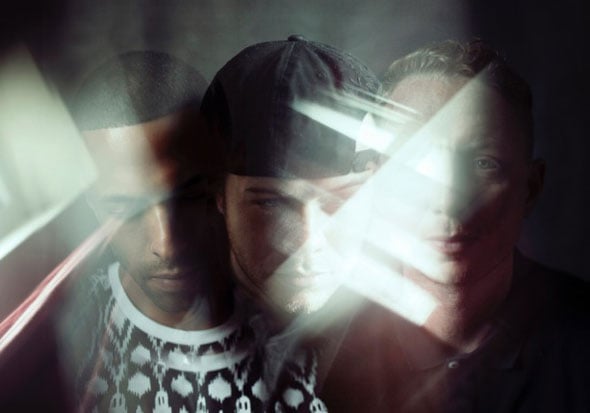 So this is an actual proper thing? Because to start off with it seemed like a bit of a vehicle.
Well of course people are going to be cynical about my next move – of course there will be pre­con­cep­tions. Of course people will raise an eyebrow. But I’m really enjoying doing this and we kept it a secret for a long time because we didn’t want people to know I was involved. I mean most of the people who hear it on the radio still don’t know it’s me, and I’m not that fussed about that because it means the music’s speaking for itself. I’ve had a taste of the limelight with JLS. I’m in a good place.

Are you still in touch with the rest of JLS?
Yes! We’re genuinely friends. I was with Aston two nights ago, JB is about to have a baby and I messaged his wife a few days ago, Oritsé’s just had a baby and I spoke to him on the phone last week – we’re still very close. But ulti­mately we made a business decision. We knew that we’d been very suc­cess­ful and we never wanted to overstay our welcome. We didn’t want to be ‘that band’ that hung around when nobody wanted them. And we went out at the O2 Arena. For us it was a fitting end to a fantastic six years. And luckily, unlike a lot of bands, we remained friends.

Have you been to JB’s farm?
YES! I was there about a month ago. There’s a photo on Rochelle’s Instagram of me with Alaia-Mai because she’s fas­cin­ated by Peppa Pig and JB’s got about fifty pigs. She didn’t like the smell, but she liked the look of them.

Did you explain that pigs are not just there for decoration?
No, not yet. I will do one day.

Are the rest of the songs on the LuvBug album basically the same but with different people singing?
I’d say ‘Resonance’ is more on the chilled out side of the album – the rest has a bit more pace to it, it’s a bit more clubby. The sound will get a bit tougher and harder as we release more singles.

And a chart pre­dic­tion for the single please?
YOU CAN’T ASK ME THAT! I’m going to be announ­cing the chart!

That’ll be tough won’t it. Even con­sid­er­ing Capital’s Big Top 40 chart is basically made up, it’ll still be tough.
(Laughs) This is a genuine, no bullshit answer: I’ve had five Number One records with JLS and I’ve been very fortunate to be able to celebrate these things, but this is a real passion project for me. If we have a great charting single I’ll be over the moon.

You kept LuvBug quiet for 18 months. What are you keeping quiet at the moment that we’ll find out about a year and a half from now?
I’m doing enough at the minute, thanks very much!

*
‘Resonance’ is out now and here it is on iTunes. 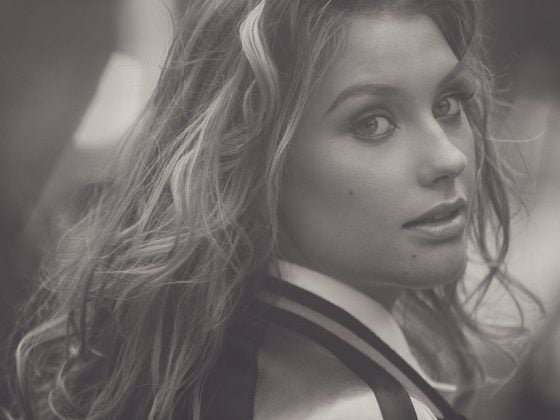 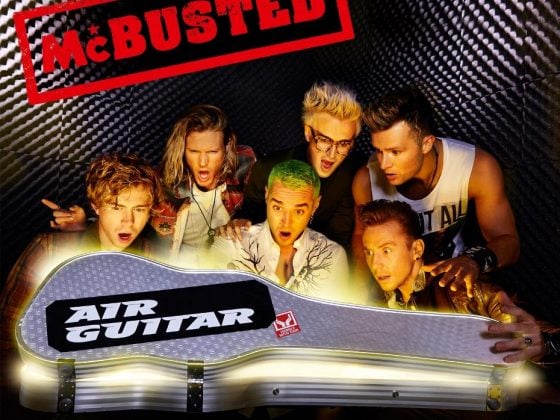