July 2012 was a month in which various things happened in ‘the world at large’. But how did these things impact Paloma ‘Adam’ Faith? Let’s ask her.

Extra security was hired in July after airport immigration complained of being slow clapped by angry travellers following delays.

Should clapping along during live TV per­form­ances be banned for being really annoying?
(Silence) Clapping along? To the rhythm? No, I like it. It generates a sense of community. I like it. Collective response.

The colour in McDonald's' formerly secret burger sauce comes from paprika, we learnt in July.

How drunk do you need to be to get a milkshake from McDonald's?
I think I have to be stoned, which is very rare. I don't think I've been stoned in about eight years. So I haven't had a milkshake for that long either.

What flavour would you go for?
Chocolate. But I haven't one since my late teens. I quite like Ed's Diner milk­shakes — they don't seem to have as many chemicals in them.

Andy Murray lost to Roger Federer in the final at Wimbledon but went on to beat him in final of the Olympics.

Do you think it matters that Andy doesn't seem to have a per­son­al­ity?
Ah, my mum would be upset about that. My mum's madly in love with him and reckons that the way he plays tennis is the answer to everything in life. I don't even watch tennis but she'll be texting me saying 'the way that Andy Murray has responded to his lose is how we should all learn' and she'll say the Government should watch because they might not generate wars any more.

All from an Andy Murray forehand?
Oh my God, she watches tennis like it's philosophy.

What sort of talent show judge would you be?
Firstly I'd like to say what a sad loss it is. (Cackles for ages)

Would you be fair?
Yeah, I struggle with the whole idea of being a 'judge'. I think it implies that you think your opinion is worthy and I don't have that feeling. I always sort of feel that everyone's more talented than I am so I probably wouldn't be that good at it. I also believe in encour­age­ment and pos­it­iv­ity so I'd probably never tell the truth either. 'You're wonderful, you're so adorable!'

That's what Louis says each week anyway.
I know, we all get frus­trated watching it. So I'd be frus­trated watching myself because what I really want them to say is what they think. I just don't have the balls for that because I'd just be worried what people said about me after­wards on Twitter.

The Olympic torch finally arrived in London in July.

The answer says a lot about your personality.
The first one I reckon.

You'd get everyone off to a great start.
Yes, and just really gunning for it.

An 11-year-old boy boarded a plane to Rome unaccompanied and without a ticket or a passport, which — it was noted — was slightly alarming.

What’s your favourite of the Roman inven­tions? We've got a list of the most sig­ni­fic­ant ones here.
Okay…

Roads, fast-curing concrete and cement, medical tools, c‑sections, aqueducts…
I've got a better one. The very very thin pizza that they do in Rome.

Sod the medical tools!
Yeah, piss off. It's all about the pizza and par­tic­u­larly one I had which was just moz­zarella cheese and black truffles. Well posh, 'cause that's what I am.

What's your favourite smell on a man?
I think if you really fancy someone it's just their natural sweat.

Isn't that a bit grim?
Not if it's not gone stale yet. Not BO.

Just after a workout.
Or if it's a hot day. Only if you fancy them though.

Who was the last man you fancied?
I don't really want to answer that.

Who was the last good-smelling man you met?
The guy in my videos really smells good. I think he uses something really faint and then it mixes with his own smell. I don't like a man who's covered in loads of smells, it's weird.

Bruce Springsteen's eight-year-long gig in Hyde Park was stopped after it overran the curfew.

How long do you think gigs should be nowadays?
How long was his?

Well, we exag­ger­ated for comedic effect, but it was about four hours.
Oh my God. I always think if you're an absolute legend, at a push, two and a half, but I think the majority should be an hour and a half.

You're doing the 02 next year aren't you?
I am! Bums on seats please.

That's exciting.
It's so exciting but also daunting. I think it's brave of me.

Florence '+' The Machine played there the other day and she's only on her second album and it was packed, so you'll be fine.
But she's sold more records than me.

That's true. But you're new album's done very well.
It's the ninth biggest selling album of 2012!

Finally in July, the Olympics happened and everyone went mental.

How many times did Emeli Sandé appear at the Olympics opening ceremony?
(Laughs) I'd say she probably took one of the slots that I should have had.

She probably took everyone's.
Yeah but I was only worried about myself.

Did she actually take your spot?
No, I wasn't invited, but I was like (puts on mad voice) 'why wasn't I invited to do at least one of these?'. I think she's a wonderful girl and amazing but I do think that was too many slots and I think if you asked her she'd probably say it was as well. She'd probably say 'why didn't they give it to some of my peers?'.

If Adele wasn't pregnant she probably would have taken a slot.
I want one though!

A baby?
Both actually. A slot and a baby.

Well thanks Paloma for that fas­cin­at­ing insight into your thoughts on the month of July 2012. We hope you had a sat­is­fact­ory year and wish you all the very best for 2013. 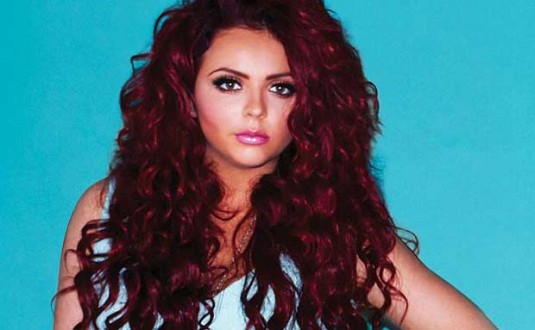 The month of August 2012, with Jesy Little Mix