June 2012 was a month in which various things happened in ‘the world at large’. But how did these things impact Jessie 'Earthen' Ware? Let’s ask her.

'Wildest Moments' by Jessie Ware, the singer, was released in June.

That felt like a bit of a turning point for you.

Yeah, I felt like that song would hopefully resonate with a wide audience, and I'm really glad that it did, and that people got it. Even to the point where, by November, Katy Perry was tweeting about that song. It keeps on going and people are still dis­cov­er­ing it, which is such a lovely com­pli­ment. It was probably was my crossover song.

Are you a Katy Perry fan?
Yeah, I am. I met her! I met her at the The Weeknd gig in London, and I got intro­duced to her, which was quite bizarre in itself, isn't it? She smelled of vanilla, all sweet and delicious, just the way you think Katy Perry would smell. I know someone that knows her, and he said "this is my friend Jessie Ware, you've been playing her record". And she went [adopts 'American' accent]: "Oh my gawwwd, I love you! I work out to your track!"

Katy Perry works out to your music?
I'm glad someone's getting fit to my music.

What's the most expensive item of clothing you own?
Probably my couture dress that I wore to the Mercurys. But I didn't buy it! It was by a guy called Alexandre Vauthier.

He gave it to you?
Well, no other bugger's gonna get into it, are they? (Laughs) I don't actually know how much it cost. He's a wonderful designer, he's done stuff with Róisín Murphy and Rihanna, and the fact that I've got a dress off him that fits only me is… Yeah.

You could probably buy a car for what that cost though.
I don't feel bad about that. I feel fabulous! (Laughs)

Madonna started her MDNA tour in Israel. It featured a lot of guns and not a lot of hits.

Should Madonna give up making new music or what?
I'm not com­ment­ing on this! I'm not falling into the trap of making a comment on Madonna, who has seminal albums that I respect and loved when I was younger.

Did you go to the MDNA tour?
No. I've never seen her actually. When I was younger my best mate had tickets to The Girlie Show, the really naughty one, and we weren't allowed to go. I think our parents were a bit worried that it was gonna be too sexy. We were only about 9.

Ireland was hit by another earthquake in June.

If you were preparing your flat for an imminent earth­quake, what pos­ses­sion would you shroud in bubble wrap to protect it?
My cooker. Food is the most important thing in my life, so it would have to be something like that.

Do you have a 'signature dish'?
It's called Marbella Chicken. You're meant to to marinade it overnight, but actually 3 hours does the same kind of job. It's loads of white wine vinegar, chicken, loads of oil, capers, prunes — I add apricots as well — green olives… Ooh, it's just sweet and sour and delicious, and I serve it with pesto rice. It's wicked, and you can find the recipe online. It's really good for a dinner party, because you can just whack everything in, and it looks really impressive.

Why is it named after the popular 18–30s holiday destination?
(Laughs) I don't know why, it's a very classy dish.

Can anyone beat him on clay at the moment?
Oh fuck. I don't know! What about what­shis­face, Andy Murray? You're asking the wrong girl.

Weren't you once a sports journalist.
I liked football. I did like tennis a while ago, but you're catching me out now.

Do you still follow football?
Yeah, but not as avidly as I used to.

Who do you support?
Manchester United, for my sins! My mum's from Manchester, so I got brought up sup­port­ing The United. All I ever wanted to do was meet David Beckham and marry him, really. I've never met him, but he's on our man­tel­piece in my mum's house. Well, he's not but a postcard is.

A signed postcard?
Not even a signed one, just one that my mum got from Tate Modern, I think.

Shane Filan from Westlife was declared bankrupt in June.

Can you think of any money making schemes he could do to claw himself back into the black?
Shit! (Laughs) I don't know. He should become the ambas­sador of Taytos or something, 'cause they're wicked.

What are Taytos?
They're the Walkers crisps in Ireland.

What's your favourite flavour?
You know what? Ready Salted hits the spot. I also really like Prawn Cocktail — it does the same thing that Marbella Chicken does, that little kind of tangy thing on your tastebuds.

A Lucian Freud self portrait painted onto an egg shell sold for £27,000 at auction in June.

How do you like your eggs?
Poached. Actually I'm the best scrambled eggs cooker in Britain, I think.

Doesn't your arm get tired?
Yeah, but it makes my boyfriend happy. And me.

The Spice Girls reunited at the launch of their new musical, Viva Forever!.

What would you call a musical about your career?
'Who's Jessie Ware?' (Roars with laughter) 'Cause they always call me Jessie J.

Who calls you Jessie J?
Sara Cox did on the radio.

Were you offended?
No, I just thought it was really funny. To be honest, I was surprised that it hadn't happened earlier. She was very embarrassed.

Adele announced she was pregnant in June, which is obviously amazing news.

But why do you think so many people were still buying her album '21' this year?
'Cause she's a great music star, and she's a wonderful singer. I think it's really good that great singers are being cel­eb­rated, and I think there's been a change in music around that. I think it's a great album.

You just would have thought everyone would have it by now.
Yeah, everyone's probably got it.

(Interrupting) Fucking hell. I'm learning so much from you! Thank you. I was too busy spinning around on a chair in June.

And you wonder why people confuse you with Jessie J. You must have got quite dizzy doing that in your video though.
I did get a bit dizzy, to be honest. I used to scream to get off the waltzers when I was younger, so a spinning chair was probably the wrong idea. You know when the ballet dancers have to keep their head to the front when they're doing a spin, and then they have to spin quickly so their head's always at the front? I felt a bit like that, but I was sitting down.

Did you throw up?
No, I didn't throw up. I made my hairdresser cry though. She cried in one of the takes because I proper hammed it up in one! I got tears in my eyes, and then when she came over to do my hair again, she was sobbing. I was like 'oh jeez'. I don't think that was the take that they used.

It could have been a Sinead O'Connor moment!
Well yeah, but I was already giving a few nods to Sinead in that one. So if I'd done the tears… I love the sim­pli­city of that video.

Anyway. Lady Gaga got hit on the head by a pole during a 'gig' in New Zealand.

Have you ever been punched by someone from Eastern Europe?

No, I haven't. But I punched myself in the face in Manchester the other day with my mic! I pulled it out of the mic stand and I gave myself a fat lip. It wasn't such a good look, but everyone else seemed to find it quite funny. But no I haven't been punched by an Eastern European yet. Hang on — what, do you mean a Pole, like a Polish person?

Well she literally got hit by a pole but the Eastern Europe thing was supposed to be a joke.
Oh right. I'm going to Poland at the weekend, so I'll let you know.

Well thanks Jessie for that fas­cin­at­ing insight into your thoughts on the month of June 2012. We hope you had a sat­is­fact­ory year and wish you all the very best for 2013. 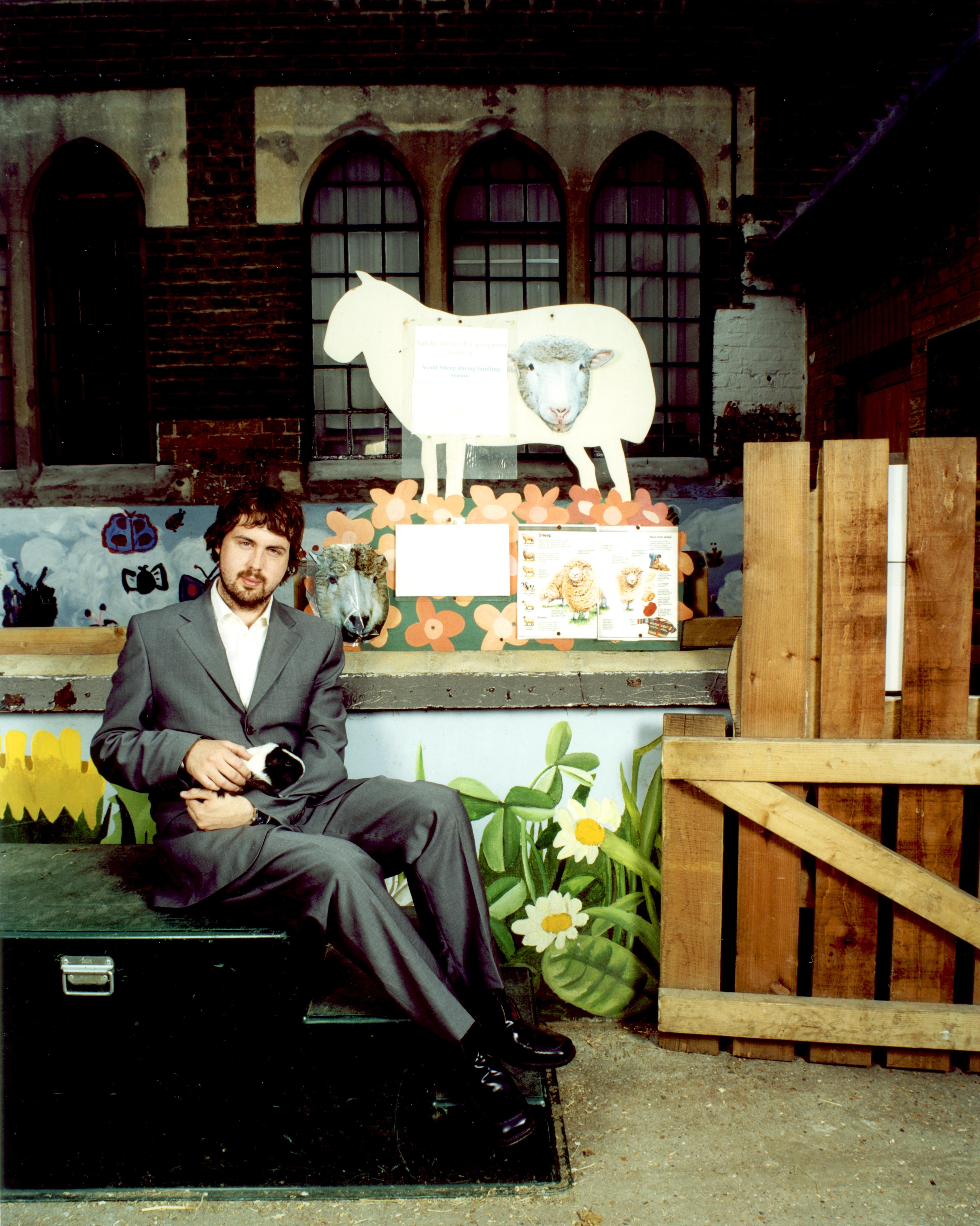