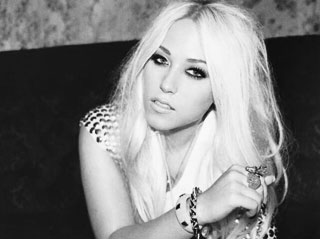 February 2012 was a month in which various things happened in ‘the world at large’. But how did these things impact Amelia 'Can't Go Wrong With Is Cheese On Toast' Lily? Let’s ask her.

Instructional posters appeared around Swansea University in February teaching people how to use the toilet properly.

But have you ever been to Wales?
Have I ever been where?

Wales!
Yes I have.

Did you like it?
Yeah I liked it.  (Sounds very confused) I had a gig…

Did you notice any posters instruct­ing you on how to use the toilet properly?
Not that I can remember, no.

Adele won six Grammys, including Album of the Year for ‘21’, in February.

What do you want to achieve by the time you’re 21?
I mean, I'm not expecting to get a Grammy by the age of 21. It would be lovely though. I'm hoping to have had a couple of albums out by the time I'm 21. Hopefully I will have done my own tour. Just the main thing that any artist would want really.

A controversial £67,000 statue of Carla Bruni was built on the outskirts of Paris, also in February.

Would you like to be immor­tal­ised in stone when you die, as a gift to your fans?
I think that would be kind of weird. I don't know whether I'd enjoy that. I think I'd rather do something else like give them things that were personal to me.

If you were to be immor­tal­ised in stone as a statue, where would it be erected?
That's quite hard…

Outside your house?
I think I'd want it in Trafalgar Square or something. Just push the boat out. It would be funny.

Also in February, Facebook banned pictures of earwax on the site, but thankfully images of cartoon faeces are still permitted.

If you were in charge, what other things would be banned from Facebook?
I think I'd ban girls from taking pictures of them­selves half naked. That's just dis­grace­ful, they've got no respect for them­selves. I think it's shocking. I'm just really against it. Also, what else should be banned is the whole friend request­ing thing — people follow too many people on Facebook just because they think it's cool to have loads of friends. And really you're just asking to get spied on by someone.

What luxury item would you take with you to this fictional so-called island?
Oh, that's hard man. I would probably pick something stupid like dry shampoo. If your hair's getting greasy at least you can just put that on.

But you will be sur­roun­ded by the sea so you could have normal shampoo?
I suppose. It takes time and effort.

But you won't have anything else to do, you're on a deserted island.
Oh well. As long as the hair is alright that's all that matters.

The extinct arctic flower Silene Stenophylla was brought back to life through the wonders of science.

If you could bring anyone back to life, who would it be?
(After much thinking) Probably Michael Jackson. If he came back, could you imagine?! People would just cry for days.

Imagine if his death were an elaborate hoax and he just re-appeared at the MTV VMAs or something.
Could you imagine. That would be so bad.

What do you think her legacy is?
I remember when I was really little I always remembered Whitney as the lady with the big voice. For me,  she's inspired me to really push myself that tiny little bit more to hit notes that I didn't think I could hit. It worked and that's impact she had on me. I think singers like Mariah, Whitney and Celine Dion all really inspire girls and boys and encourage us to push ourselves a little bit more and go that extra mile.

Liam Neeson got into a bit of trouble with animal rights organisation PETA after revealing that he ate wolf stew while in Canada.

What’s the strangest thing you’ve ever eaten?
Probably a mealworm.

Why did you eat a mealworm?
I can't remember now. (?!?!) I went to a science museum and they were handing them out. I thought they were crisps! I put it in my mouth and everyone was like 'that's a mealworm' and I felt really ill after­wards. To be fair though, they were quite nice — they tasted like paprika pretzels. It's all psychological.

It was Charles Dickens’ 200th Birthday! Not literally of course — he is dead.

Do you think books are a bit outdated now we’ve got the internet, aero­planes and iPhones etc?
I think it's quite sad that not many people read as much anymore, because obviously there are film versions of books. However, I do think reading is very inspiring — I remember reading quite a lot when I was in school and it inspired me to write good stories in English. I think that's why I did quite well in English, because I read so much that I learnt new vocab­u­lary. I think they're a good influence on people.

What was the last book you read?
I finished all the Twilight books. I don't really get time to read anymore, which is sad in a way.

A beer called ‘Top Totty’ was banned from the Houses Of Parliament. The bottle depicted a woman wearing a bra and bunny ears.

TWENTY EIGHT?
They just kept breeding and I didn't want to get rid of them because they were so cute. I love all animals.

Well thanks Amelia for that fas­cin­at­ing insight into your thoughts on the month of February 2012. We hope you had a sat­is­fact­ory year and wish you all the very best for 2013. 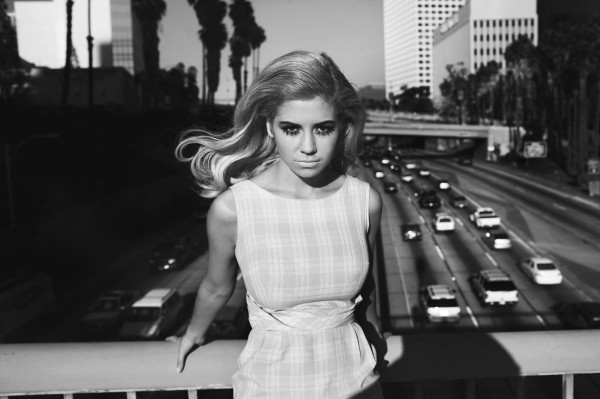 The month of January 2012, with Marina & The Diamonds 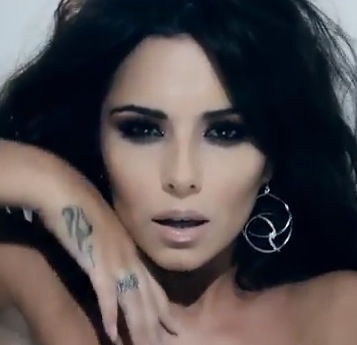