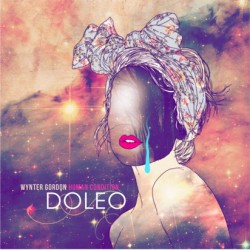 'The Human Condition' series starts with 'Doleo' (Latin for "pain", language fans), with each EP exploring a different human emotion (we've got "love and lust" next apparently).

Talking about the EPs and why she's self-releasing them despite still being signed to Atlantic, Gordon told Billboard: "The music I'm making now is music I've always made, I've just never been able to release it on a label."

"I was growing into this person I am now, and I had to make the music that felt right and was pas­sion­ate about. I didn't feel like I was singing everything I wanted to sing, doing dance music and pop music. I wanted to make something that felt real to me."

'Doleo' will be available through WynterGordon.com as of July 9 and is preceded by 'Stimela', which you can hear below.