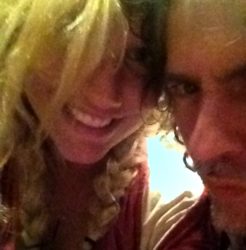 The Flaming Lips' secret­phobic Wayne Coyne — in many ways the Louis Walsh to Ke$ha's X Factor — has tweeted a link to a 35-second clip of a brand new Ke$ha song.

It's not clear if the song — thought to be called 'You Control My Heart' — is for Ke$ha's forth­com­ing 'cock pop' opus or whether it's part of the col­lab­or­a­tion album that Coyne has been banging on about for a while now.

Either way, the clip sounds rather lovely in a post-Lana sort of way, so well done to them both.

We love this song.