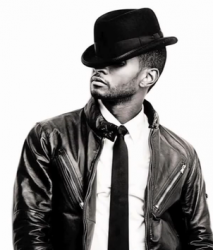 Usher thinks the world "deserves" a duet between him and Adele.

Talking to Capital FM, the 'Trading Places' hitmaker said: "I think the world deserves an Usher and Adele record. That's what I think. That would be the other UK con­nec­tion that I think everybody would be really fond of and enjoy."

He also confessed to being slightly concerned about the prospect of Adele's '21' album breaking his record for most US album sales in a year.

"I have to confess that I have told a few people not to go and buy Adele's album because I don't want her to go and break my record," he joked.

Madonna was feeling "frisky" in the studio while recording 'MDNA'