Howard Donald and Mark Owen had to be rescued from the clutches of a giant robot over the weekend.

During Take That's sold-out show at the City of Manchester Stadium, the band arrived onstage standing on various parts of a 60-foot robot man, named Om. While per­form­ing current single 'Love Love', Owen and Donald were meant to be lowered to the ground so they could climb out of Om's hands. Instead, the mechanics stuck and the pair had to be rescued by a man with a ladder.

The Sun are reporting that it was left to Gary Barlow to explain what was going on.

"Normally at this point in the show we're all standing here together" he said. "But it seems that despite 300 people working on this show, you still get some hitches."

Jessie & The Toy Boys — 'Money Makes The Girl Go Round' 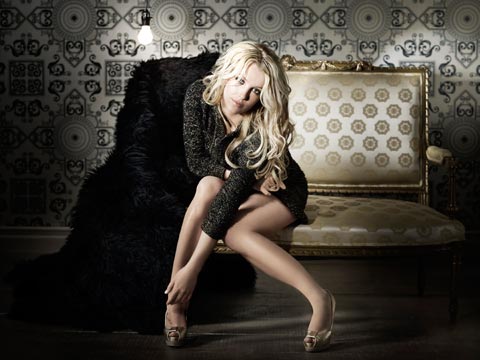