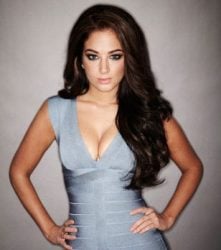 According to The Sun, Tulisa has avoided a legal wrangle with Hugo Boss by changing the name of her perfume to TFB.

As we all know by now the perfume was initially called The Female Boss, but Hugo Boss protested that it was too similar to one of their own perfume ranges.

The perfume bottle and packaging will now only feature the abbreviation.

No word yet on whether she'll be having her tattoo changed, but more as we get it etc etc.

A Newsdump for 9 March 2012: From Nicki’s album insight to Florence not very good at riding a bike