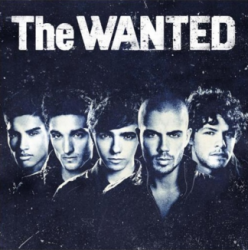 The Wanted have announced the track­list­ing for their self-titled debut US and Canadian EP.

'The Wanted' is a 'greatest hits' of sorts and features 'All Time Low' and 'Heart Vacancy' from the all-singing, no-dancing boyband's first album plus 'Lightning', 'Gold Forever' and 'Glad You Came' from 'Battleground'.

The seven-track mini album will also have a deluxe version (begging the question, why not just do an album?) with three extra songs — bumper car anthem 'Lose My Mind', the Diane Warren 'penned' 'Rocket' and Max and Nathan's track 'Warzone'.

Excitingly Example's 'Chasing The Sun', which he claimed was written with Kylie in mind, will make its first appear­ance, as will one more unheard song 'Satellite'. 'Satellite' came from the band's sessions with Ryan Tedder and was co-written by Nathan, Max and Jay. Alicia Keys is "tightening the bolts" on her next album