Speaking to showbiz website Digitalspy, Justin Parker, the producer of Lana Del Rey's 'Video Games', has claimed that label 'bigwigs' initially didn't want to release it as a single.

"They liked the track but they didn't think radio stations would play it," he revealed of the radio-friendly ballad. Parker hoped after its success there'd be "more songs like it being played in the future".

"The charts are a bit of a racket at the moment," he astutely noted. 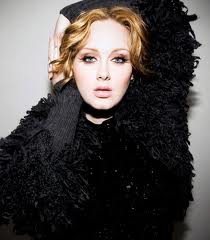 Azealia Banks has put her EP on hold again