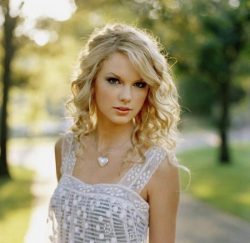 Taylor Swift has been offered the part of Eponine in Tom Hooper’s upcoming screen adapt­a­tion of Les Misérables.

The rumour of Swift’s casting, which has been cir­cu­lat­ing since November, was confirmed today by BroadwayWorld.com.

Despite extensive exper­i­ence of lovelorn acting in her music videos, and some small cameos in Valentine’s Day and Hannah Montana: The Movie, this will be Swift’s first major film role. She outshone some big con­tenders for the part, including Evan Rachel Wood, Scarlett Johansson and Glee’s Lea Michele.

Les Misérables is currently set to be released on December 7 2012.