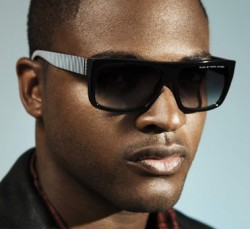 Everyone just calm down: Taio Cruz has already started work on his new album, due in 2013.

Having a chat to BBC Newsbeat about it all, the 'Shotcaller' hitmaker warned there might be some shocks in store for his fans.

But will it be catchy, Taio?

"It's def­in­itely going to be catchy, but I don't want to give too much away."

He also let slip that he's been busy working on some songs for other people too.

"I was working on some Ke$ha bits, I've been asked to do some stuff for One Direction, as well," he said. "I'm going to hopefully get in he studio with Owl City soon."