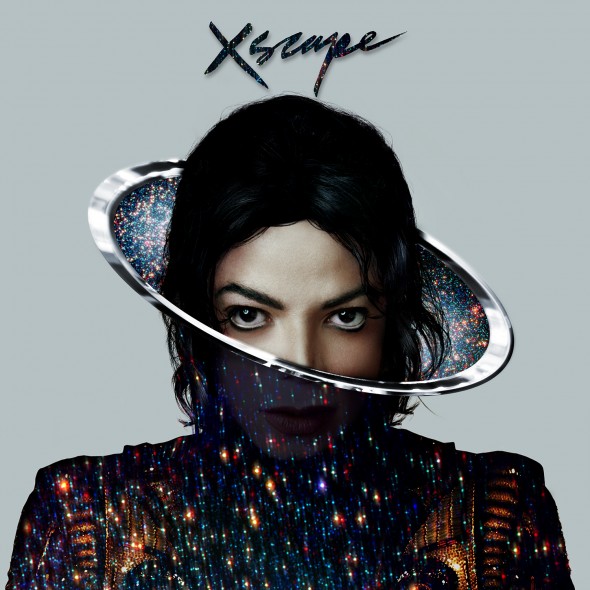 Basically there is a new Michael Jackson album out next month (well not April, May, but we're nearly in April right guys?) and to be quite honest with you the whole thing is so exciting that we're going to just copy and paste and press release below because we need a lie down.

OUT ON EPIC RECORDS MAY 13

March 31, 2014 — New York, NY — On May 13, Epic Records, in con­junc­tion with the Estate of Michael Jackson, will release XSCAPE, an album of new music by the inter­na­tion­ally beloved music icon and King of Pop, Michael Jackson.  The project features eight new tracks, which the world will be hearing for the very first time on the new album.  For the ultimate fan exper­i­ence, XSCAPE will also be available in a Deluxe Edition, which includes all of the sourced Michael Jackson record­ings in their original form. The XSCAPE standard and Deluxe Edition’s are available for pre-order beginning April 1 on iTunes.com/MichaelJackson and elsewhere, and available at all retailers worldwide on May 13.

XSCAPE is executive produced by Epic Records Chairman and CEO L.A. Reid, who, after an initial mining of Jackson’s archives by the Estate, was granted unlimited access to the treasures rep­res­ent­ing four decades of material on which Jackson had completed his vocals.

Reid curated the final list of record­ings to deliver to the producers, who retooled the pro­duc­tion to add a fresh, con­tem­por­ary sound that retains Jackson’s essence and integrity.  It’s a process Reid calls “con­tem­por­iz­ing.” The album’s lead producer, Timbaland was one of a handful of producers Reid believed had the gravitas, depth and range to cre­at­ively engage with Jackson’s work. Additional producers include global hitmakers Rodney Jerkins, Stargate, Jerome “Jroc” Harmon and John McClain.

“Modern music and artistry would look and sound com­pletely different if not for the ground­break­ing con­tri­bu­tions Michael Jackson gifted to the world,” remarked L.A. Reid. “Michael left behind some musical per­form­ances that we take great pride in present­ing through the vision of music producers that he either worked directly with or expressed strong desire to work with. We are extremely proud and honored to present this music to the world.”

The title of this album honors Michael’s album naming process.  He always chose a song from the album to name his projects and, beginning with THRILLER, used only one word titles, each with an edgy quality to them.   This is true of the new project.    Written by Michael Jackson and Jerkins, and produced by Jackson and Jerkins, “Xscape” has further sig­ni­fic­ance in that it is the one track on the album that was ‘con­tem­por­ized’ by the producer who recorded it ori­gin­ally in the studio with Michael.

John Branca and John McClain, co-executors of the Estate of Michael Jackson said,
“Michael was always on the cutting edge and was con­stantly reaching out to new producers, looking for new sounds.  He was always relevant and current. These tracks, in many ways, capture that spirit.   We thank L.A. Reid for his vision.”

XSCAPE is a long awaited col­lec­tion of exciting new music that will thrill the legions of fans of one of the world’s most revered and best-selling artists, as well as attract a whole new gen­er­a­tion dis­cov­er­ing his artistry for the first time. In con­junc­tion with the release of XSCAPE, Epic / Sony Music will launch an unpre­ced­en­ted global campaign with the One Sony sister companies, Sony Corporation, Sony Mobile Communications, and Sony Network Entertainment International drawing from all of Sony’s strengths and consumer reach.

"Michael has long been a treasured member of the larger Sony family," said Kazuo Hirai, President and CEO, Sony Corporation. "Starting with the release of ‘Off The Wall’ in 1979, Sony Music Entertainment has since released all of Michael’s record­ings. We are thrilled and priv­ileged to be col­lab­or­at­ing as One Sony to celebrate Michael’s latest legacy, and bringing his fans an exclusive exper­i­ence through our upcoming ini­ti­at­ives with our products and services." 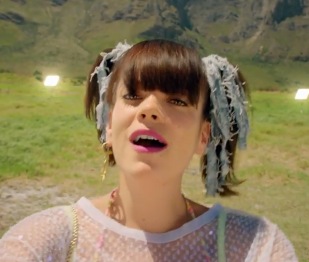 Lily Allen's playing a 'gig' in London on April 28 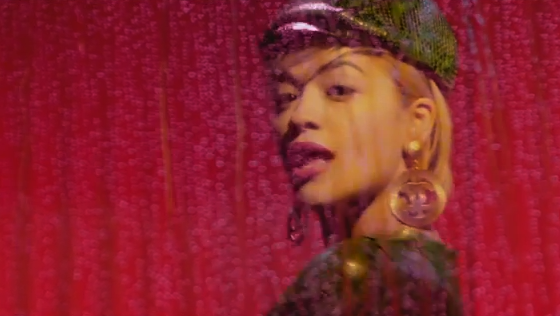