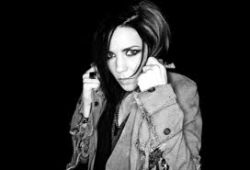 Everyone calm down: Skylar Grey's finished her album.

"I'm excited because I finally love my album," she gushed to Billboard backstage at the Grammys. "I liked it a lot, but there was something missing — so I took an extra year to finish it."

"I'm so glad I did, some of my favorite songs on the album were written just in the past few months."

The album, 'Don't Look Down', still doesn't have a release date but will be out "sooner rather than later".