Azealia Banks has rapped a bit of her verse from a song she's allegedly recorded for Lady Gaga's 'ARTPOP' album.

During a chat on Ustream (which someone has filmed off their laptop and uploaded to YouTube) the 'Barbie Shit' chanteuse starts rapping acapella and then at the end says: "That's the shit from fucking 'Red Flame', the Lady Gaga song."

She then hums a bit of the melody.

Here it is in all its 'glory': 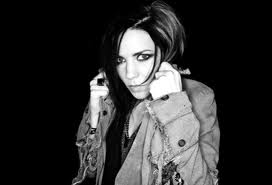