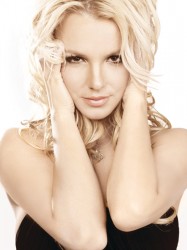 'Sexiest Woman In Pop' Britney Spears is emerging as a harsh critic of con­test­ants on US X Factor, according to Simon Cowell.

"She's really taking time to learn how to do this," Cowell told website X17 Online. "She's got her con­fid­ence up. Once people give her a chance, I think people are really going to get her. It will be a big surprise. She's a tough judge."

Cowell also 'scotched' reports that the 'Touch Of My Hand' singer was mentally unfit for the job, saying: "No, she's not unstable. I'm the one who's unstable! She's working out great. All these reports that we've fallen out are nonsense. She's doing a great job."

Cowell has now rejoined the panel following a bout of bron­chitis that saw 'next best thing' Louis Walsh stand in for him.

Kelly Rowland has recorded a song to help flog rum