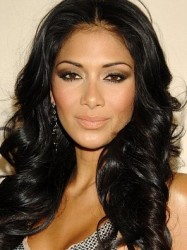 After months of spec­u­la­tion the US X Factor lineup has been offi­cially confirmed with Paula Abdul signing up as the fourth and final judge and Nicole Scherzinger and Steve Jones being unveiled as the hosts of the show.

Jones said of his surprise appoint­ment, "The ability to work day in and day out with Simon Cowell is a dream come true. I am honoured to have that oppor­tun­ity and thrilled to be able to share the stage with Nicole Scherzinger, whom I adore."

It is likely the feeling is mutual con­sid­er­ing Scherzinger (allegedly) rejected Simon Cowell's choice of High School Musical's Corbin Bleu (also known for this) in favour of the brawny welshman. According to Deadline,"Nicole walked in and saw Corbin and his baby face and asked, 'What are you, 15?' And then she walked out."

Judges Cheryl Cole, Paula Abdul, LA Reid and Simon Cowell will begin work when open auditions for the show continue at the end of this month.

N‑Dubz are taking a bit of a break