Saint Etienne have con­trib­uted a new song entitled 'Steeplechase' to an Olympics com­pil­a­tion called 'It's The Taking Part That Counts'.

Be warned: it's an instru­mental. It is very lovely though, as you can hear it here.

The jauntily-titled com­pil­a­tion bills itself as a cel­eb­ra­tion of "the games AND to save you from two weeks of Coldplay".

Unfortunately the rest of the track­list­ing looks like a bit of a snooze­fest, but seeing as the Saint Etienne song is Track One you can  ignore the rest of it, unless you eg pop to the fridge for a fromage frais and come back to the strains of Hacia Dos Veranos. In which case, 'apols' in advance.

There will be new Mutya Keisha Siobhan music released this year 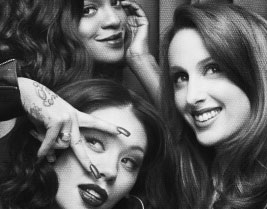