Having a chat with BBC Newsbeat, the 'Breakdown Intermission' chanteuse 'revealed' that all the touring has prevented her from actually writing any new songs.

"Touring and writing doesn't work. I'm coming off the road so I can release something quicker," she explained.

"Everyone's asking when there will be new stuff: The labels I work with, the fans, the journ­al­ists. To be honest, I'm just happy someone cares."

Mind you, that's not to say that she hasn't tried: "I've been trying to write new stuff but as soon as another tour comes up, my ideas go out of my head. I start thinking about rehears­als instead."

Oh Robyn, do get on with it. 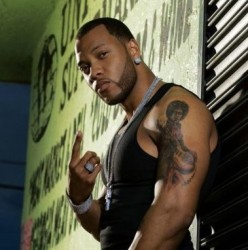 Flo Rida wants to collaborate with One Direction :(