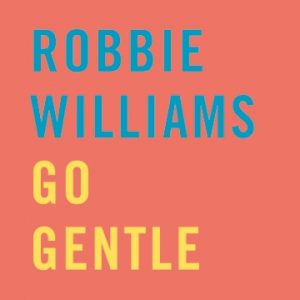 The first single from Robbie Williams' 'Swings Both Ways' album will be 'Go Gentle'.

It was played on Radio 2 this morning and doesn't seem to be formally online yet, but you can listen to a fan rip on Dailymotion.

One of six original songs on the Guy Chambers-produced album, 'Go Gentle' will be available to purchase on November 11.

Mind you, if you'd rather just wait for the album, that's out a week later on November 18.

That image with those words on it is the single's artwork, 'FYI'.