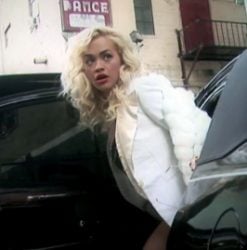 'Hello, Hi, Goodbye' chanteuse Rita Ora spoke to MTV about what we can expect from her debut US album.

"There's a few surprises," she said. "I don't want to give them away, but it's def­in­itely in the Roc family."

"2013 is really important for me because it's gonna to be the first time the US hears my official album and I wanted to put a few extra tracks on there and make it really special. [SHE MEANS BETTER] So I'm basically giving you guys a whole new album of new material."

A handful more 'How We Do (Party)'s would do fine, thanks.

AlunaGeorge are second on the BBC Sound of 2013 poll