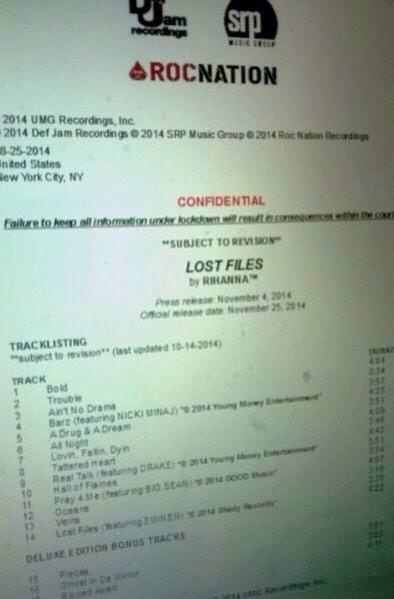 RING THE Q4 ALARM: Look this might be spurious bollocks that you and we have col­lect­ively willed into existence BUT what is appar­ently a leaked internal memo from Roc Nation has appeared online and it shows what may or may not be an official Rihanna album track­list­ing.

(We thought she'd left Def Jam in May this year and their logo appears on this so we have no idea what's going on to be honest, but it's Q4 and we're desperate so let's run with it for now.)

According to that above image (as reported by The Fader so it's not just us running with this), the album is called 'Lost Files' and will be released on November 24/25.

It's a pretty blurry picture but basically this is the track­list­ing:

There are some deluxe editions tracks, obviously, but we're buggered if we can make head nor tail of them.

EXCITING. OR NOT. LET'S NOT ASK QUESTIONS AND LET'S JUST ENJOY THE MOMENT. 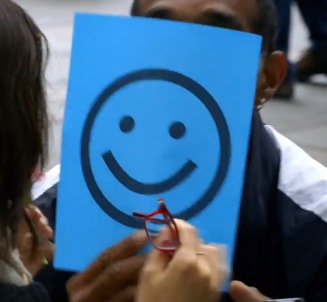 Sia — 'You're Never Fully Dressed Without A Smile'