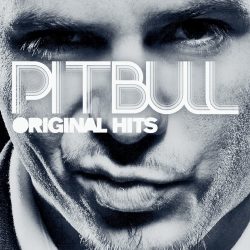 Modern day Hugh Hefner Pitbull has bowed to huge pressure from fans of music every­where and announced details of a com­pil­a­tion of his early 'hits'.

The spec­u­lat­ively-titled 'Original Hits' features 18 songs (!), spanning what many call his 'golden period' between 2004 and 2007, and covers his first three albums 'M.I.A.M.I.', 'El Mariel' and 'The Boatlift', as well as his seminal remix album 'Money Is Still A Major Issue'.

"I wouldn’t be where I am today without these songs. Each one rep­res­ents a step on my journey from Mr 305 to Mr Worldwide," the man born plain old Armando Christian Pérez said to a press release. "This album is a good intro­duc­tion for newer fans and a reminder to longtime fans of how far we’ve come together."

Jedward are threatening to explode across Europe