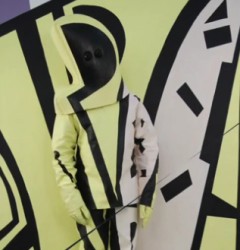 The new Pet Shop Boys album is called 'Elysium' and will be out in September.

The album's being teased today with the new song 'Invisible' and a video clearly influ­enced by the 'Museum Thieves' chapter in literary mas­ter­piece Flat Stanley.

You can watch the video here.

Neil and Chris had pre­vi­ously announced (sort of) that the album would have twelve tracks. It was sent to some media people on Friday but we're not allowed to say too much about it. :(

A bit of the Justin Bieber and Drake song has leaked