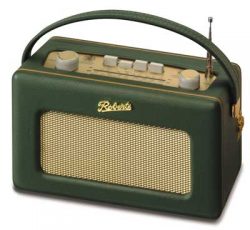 Music Week are reporting that the much-heralded on air on sale 'revolu­tion' has been a success.

Launched three months ago, the ini­ti­at­ive basically means that when you hear a song on the radio and think 'I like this song, I'd like to download it' you should be able to (Sony, Universal and a bunch of inde­pend­ent labels have all signed up).

So far, it looks like it's also helping to reduce illegal down­load­ing, with Universal revealing that P2P traffic around a new release has dropped, with consumers now having the chance to download the song legally and immediately.

It also means that the charts are more inter­est­ing, with fewer songs entering high and then dropping like a stone. Music Week lists Beyonce's 'Run The World (Girls)' and Lady Gaga's 'Judas' as singles that have entered the UK top 40 a week after being played for the first time, however, it remains to be seen whether this lack of airplay will effect their final chart position ('Judas', for example, has so far peaked at number nine and is currently outside the top 20).

Plus, as Britney found out with 'Til The World Ends', if you launch a single with literally no warning what­so­ever then it can all go a bit wrong.

Lykke Li — Sadness Is A Blessing

Frankmusik — Do It In The AM