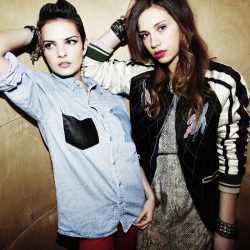 Oh My! believe their debut album may not be out until late 2012.

Speaking to POPDASH about the album launch they said: "We were saying early in the year but I don't know now. I think we'll probably wait until the Oh My! core has grown a little bit and then bring it out properly. It will probably be at the end of the year now I think."

However, it sounds like the extra time is just what the girls need.

"We've just got to sort it out with the team and discuss which songs would work best on the album — then just finishing them all off," said Alex, adding: "We've got a lot of options, it's just about getting them to be the best they can be."

It's all a bit 'Alexandra Burke' if you ask us.

Rihanna — You Da One