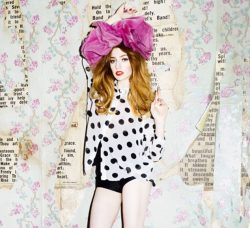 Nicola Roberts has posted a blog on her website about her recent exploits, par­tic­u­larly the shooting of the 'Lucky Day' video in New York, where it was "so hot I couldn't cope!"

The ultra-post-modern clip, with its clever sub­vert­ing of the use of special effects, leaked on Friday, something that must be dis­ap­point­ing for Nicola, because it seems like she put quite a lot into it. The day before filming, "we went to Central Park", she recounts. "I thought I was being clever by wearing my trainers but it was a bad move! It was 115 degrees… My little feet swelled so bad, my hair was like a ginger afro, not even a cool one and I was so hot I couldn't cope!"

Ever the 'racon­teuse', Nicola continues her story: "The video was really relaxed… It was SO SO hot! I was literally dripping! Not nice! In between takes I had about 5 fans on me, one up the front of my dress, one up the back of my dress."

Ultimately, though, she did not melt, and she left New York happy. "Gotta do what you gotta do! Everyone worked so hard in getting the video together con­sid­er­ing the con­di­tions, I was really grateful!" 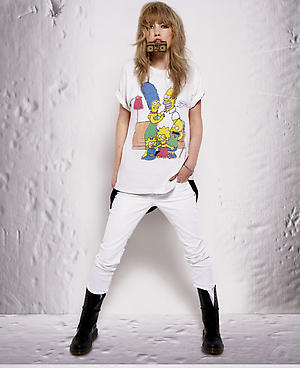 Ladyhawke's second album should be out in October

The Sound Of Arrows — Magic