'Sticks In My Bun' chanteuse Nicki Minaj has said she's started work on her new album and that it's "next level".

They all say that though don't they.

"It’s very different from anything I've done, which I'm surprised about," she said on American radio station Power 105's The Breakfast Club (as quoted here). "I’m not feeling like I did this. This is next level."

Tellingly, she was quick to shoot down the show's presenter when he brought up American Idol and even said that pop was "the forbidden world".

She was also quick to dismiss accus­a­tions she had given up on rap:

"Like, did I stop and have babies or something? Because I’ve been rapping for the past five years, con­sec­ut­ively."

It's not looking good for a 'Marilyn Monroe' single release, is it. 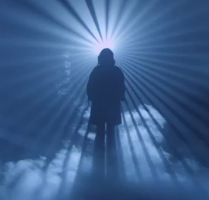